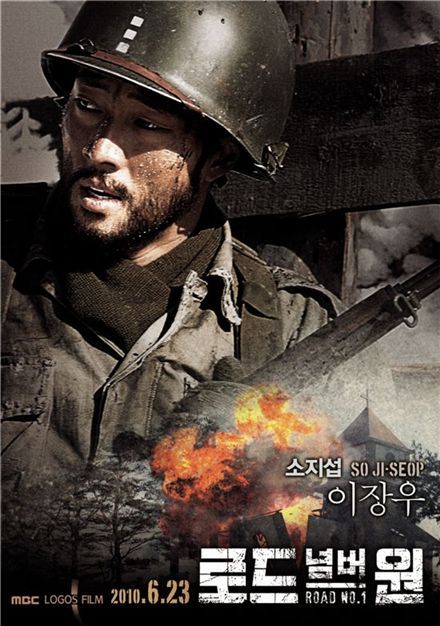 Korean actor So Ji-sub in an official poster for new TV series "Road No. 1" [MBC]

The official posters for upcoming television series "Road No. 1", starring Hallyu stars So Ji-sub and Kim Ha-neul, were unveiled today.

The show's poster is in three different versions featuring each of its main characters; Jang-woo (played by So), Soo-yeon (played by Kim) and Tae-ho (played by Yoon Kye-sang).

The war drama has been garnering much hype prior to its airing due to its blockbuster scale and star-studded cast, led by So who is making his comeback to the small screen since last year's "Cain and Abel" (SBS).

Actress Kim Ha-neul portrays a strong-willed doctor in the series, who sacrifices her love for So's character to provide for her family.

Yoon Kye-sang, a former member of boy band G.O.D. who has crossed over to acting, plays an elite military officer named Tae-ho. His character falls in love with Kim's character only to be turned away when her first love, played by So, comes back alive from the war.

"Road No. 1", produced on a whopping KRW 13 billion won budget, is an epic drama set during the Korean War.

It is set to premiere in Korea on June 23. 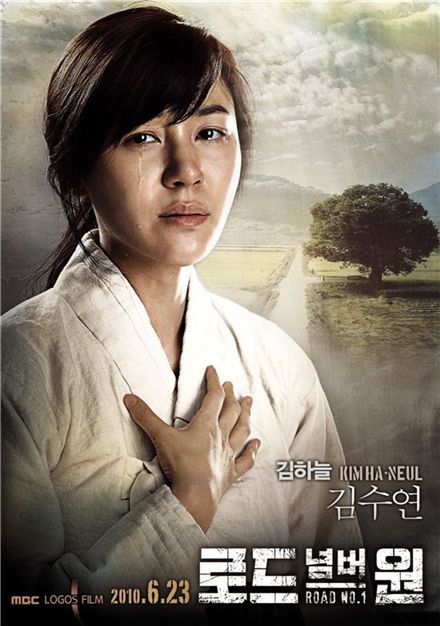