[Preview] "Incarnation of Jealousy" Jo Jung-suk and Gong Hyo-jin, will they heat up again? 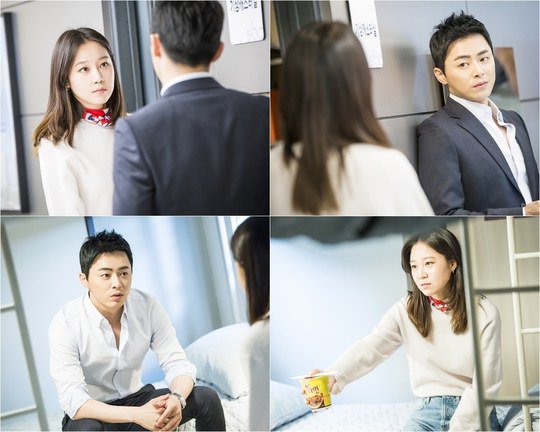 At the end of the previous episode of the SBS drama "Incarnation of Jealousy", Pyo Na-ri (Gong Hyo-jin) couldn't help but be upset after witnessing Lee Hwa-sin (Jo Jung-suk) and Hong Hye-won (Seo Ji-hye) kiss. Na-ri and Hwa-sin have some things to go over as they are misunderstanding each other including the time Na-ri refused his request and had dinner with Kim Tae-ra (Choi Hwa-jung).

Many are curious to find out what will happen between the two of them in the episode on October 26th. Pictures reveal Lee Hwa-sin looking cold and Pyo Na-ri looking composed.

Na-ri is also handing Hwa-sin a cup of noodles which is an indirect symbol that represents the relationship that they have.

Lee Hwa-sin asked Pyo Na-ri who is seeing Ko Jeong-won (Lee Hwa-sin) to make him some noodles but she had none left. However, being aware of her conscious, Pyo Na-ri bought one for him.

Will the noodles ignite flames between the two again?

"[Preview] "Incarnation of Jealousy" Jo Jung-suk and Gong Hyo-jin, will they heat up again?"
by HanCinema is licensed under a Creative Commons Attribution-Share Alike 3.0 Unported License.
Based on a work from this source