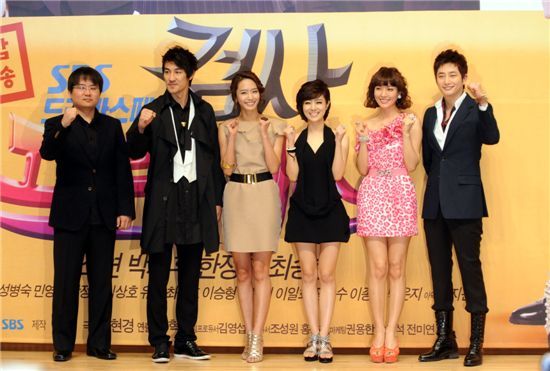 "I am going to live my life exercising my right to decorate myself because I am a woman before I am a prosecutor". She is daring and outspoken. But it's a different story when a prosecutor makes such remarks while placing a calf massage machine in her office. SBS TV series "Prosecutor Princess" is a story about how self-obsessed and extravagant newbie prosecutor Ma Hye-ri, who has no clue about her profession, matures into a human being with ideas, common sense and a real district attorney. One will easily be able to predict how the story of "Prosecutor Princess" will play out by just looking at Ma Hye-ri who stands dressed in a hot pink dress amidst other prosecutors and lawyers all wearing achromatic colors. A highlights video revealed at the press conference also consisted mainly of the struggles Ma Hye-ri goes through as a character who will sacrifice everything for the shoes she wants and run around the prosecutors' office in fancy outfits. This immature princess will start to realize just how tough the real world is and two princes -- one a prosecutor and another a lawyer -- will guide her two arms.

What if this ends up being another romance drama where the main characters pretend to be prosecutors? - 6 points
What is wrong with being an extravagant district attorney when we have useless prosecutors? - 8 points

The most frequently heard words at the press conference for "Prosecutor Princess", held at Seoul's SBS headquarters on March 23, were "bright, fun drama". Director Jin Hyeok, who had also helmed "Shining Inheritance", showed confidence in delivering the fun factor within the romantic comedy genre by saying, "I tried to make a fun drama and I think it will be a fun drama". Like executive producer Kim Young-seop said -- "it is a romantic comedy but one which remains authentic about life and love" -- whether "Prosecutor Princess" will remain a plain dating story at the prosecutors' office or turn out to be a refreshing story about how a twenty-something woman who is conflicted between her own desires and the world, will eventually depend on how the drama portrays "a society newbie clashing with the society and the world and how she changes", like Jin Hyeok explained. Kim So-yeon's bright and honest personality, which was displayed in KBS TV series "Win, Win", is said to have even changed the character of Ma Hye-ri. The acting battle of Kim So-yeon, who has grown out of the warrior character in KBS TV series "IRIS" and says that she has "found a role that is really befitting for me and that I can show myself in", is one reason to look forward to watching "Prosecutor Princess". As Choi Song-hyun said, "Everyone calls me 'Jin Geom' [short for 'Prosecutor Jin Jeong-seon'] on the set. It is a homonym [with 'a true prosecutor'] but I really want to be a true prosecutor", the true swordfight will begin on March 31 when all three public networks each premiere their Wednesday/Thursday dramas. Will "Prosecutor Princess" be able to occupy a dominant position with the sword the princess wields? 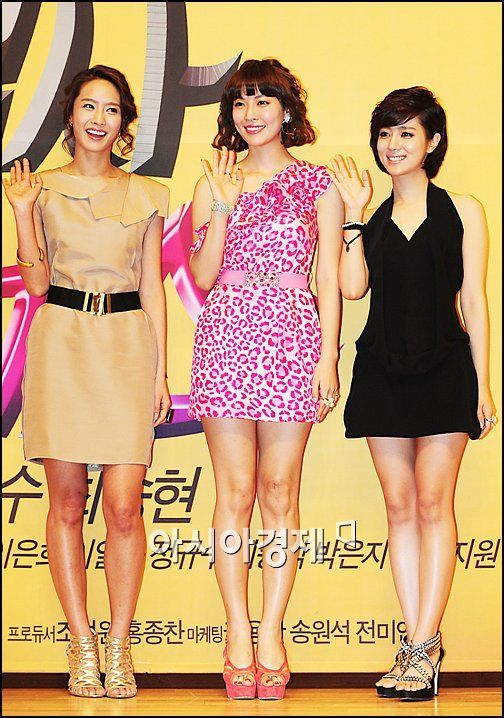 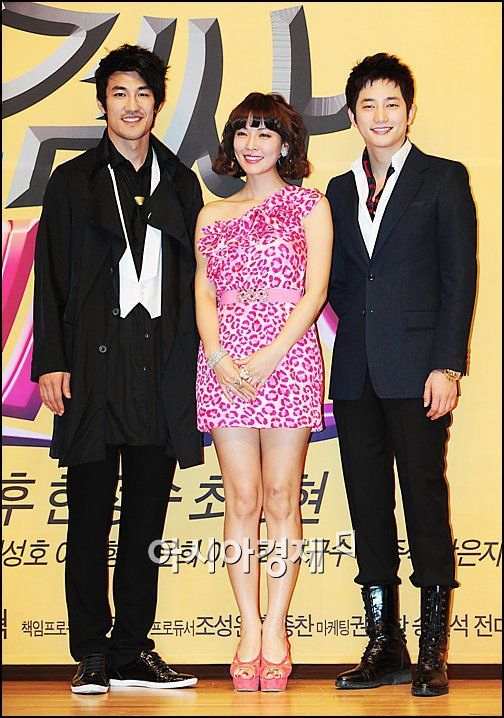 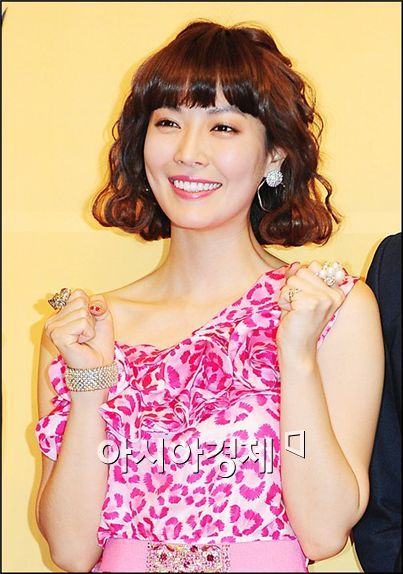 Actress Kim So-yeon poses during a photo session of a press conference for upcoming SBS TV series "Prosecutor Princess" held at the broadcaster's headquarters in Seoul, South Korea on March 23, 2010.

"[PREVIEW] SBS TV series "Prosecutor Princess""
by HanCinema is licensed under a Creative Commons Attribution-Share Alike 3.0 Unported License.
Based on a work from this source