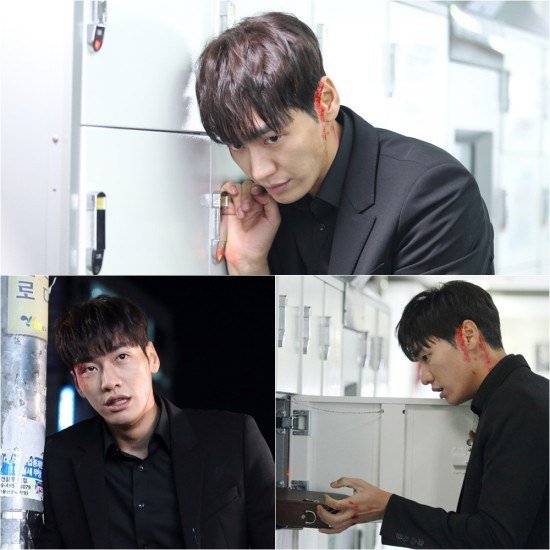 "The Man In My House" Kim Young-kwang is in danger.

Photos of him in the KBS 2TV drama "The Man In My House" reveal him covered in blood and heading somewhere.

On the twelfth episode last week, Kim Young-kwang decided to find the secret notes to Dada Finances and was attacked with a glass bottle. He is barely standing up on posts and lockers. Blood is trickling down from the side of his head and his pale face shows that he's about to pass out.

Then he's seen putting something in the locker. What is he trying to hide when he's on the verge of danger?

"The Man In My House" spreads out quickly from the thirteenth episode as things begin to clear with Dada Finances and Na-ri's father turns out to be alive.

"[Preview] "The Man In My House" Kim Young-kwang covered in blood "
by HanCinema is licensed under a Creative Commons Attribution-Share Alike 3.0 Unported License.
Based on a work from this source