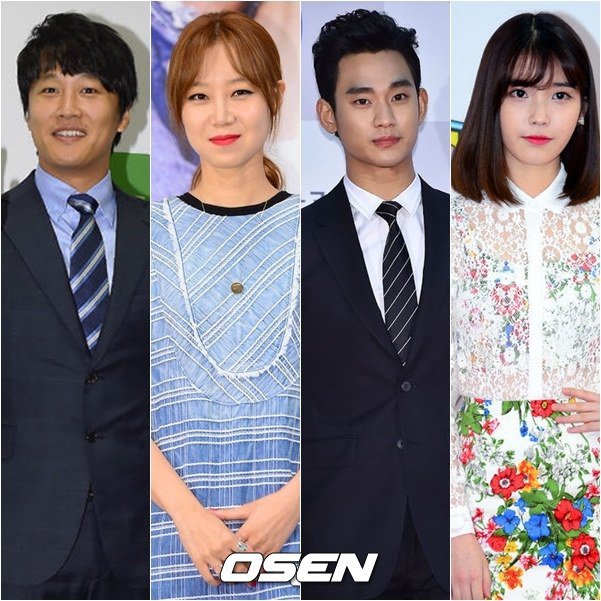 The creation of tvN drama "Answer Me 1997" went down in broadcasting history. There were no top stars and it wasn't prepared by a writer or a producer. However, it made a hit with a few elements such as the 90s, retro, dialect and entertainment. "Answer Me 1997" had many merits but what stood out the most was the balance between comedy and drama. It reached its peak in the sequel "Answer Me 1994".

The main things about the "Answer" series were the characters who were comical although it wasn't comedy and the way the characters created entertainment in each episode. Producer Sin Won-ho from the KBS entertainment department and Lee Woo-jeong brought out their strong points and created such results.

The conditions of "Producers" are much better. Producer Seo Soo-min-I from "Happy Together - 1 Night 2 Days" has control along with writer Park Ji-eun from dramas, "My Husband Got a Family" and "My Love from the Star". The two of them alone is issue enough but the cast also includes Cha Tae-hyun and possibly Gong Hyo-jin and Kim Soo-hyun.

However, too much good can lead to side effects. The conditions in which Sin Won-hyo and Lee Woo-jeong-I wrote "Answer Me 1997" were barren. No one expected such a great hit to cause such an impact on cable. It wasn't attempted before so there was no anticipation and the producer and writer were free from pressure, allowing them to make create their own colors.

A broadcasting station personnel claims, "The cost for the cast and the writer alone may be outstanding, as well as the production cost, too. It might be risky". However, "Producers" is the drama of the year. Will it be successful with good enough ingredients to create it?

""Producers", targeting to be the "Answer To 1997" of ground-wave?"
by HanCinema is licensed under a Creative Commons Attribution-Share Alike 3.0 Unported License.
Based on a work from this source