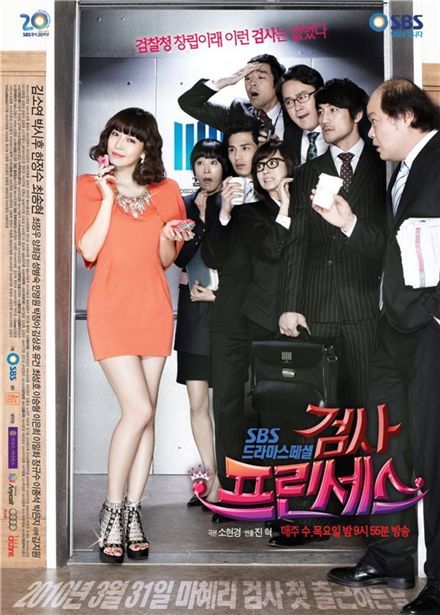 New SBS TV series "Prosecutor Princess" is stirring Japan prior to its showing on Korea's small screen, according to a press release by the show's broadcaster on Wednesday.

Producers of "Prosecutor Princess" explained that the attention from the Japanese media appears to stem from the popularity of Korean actors Park Si-hoo and Kim So-yeon, who have "recently become Hallyu stars" in the country.

"When the drama officially premieres, it will be talked about not only in Korea and Japan but throughout Asia", the producers were quoted as saying.

"Prosecutor Princess", about a newbie district attorney Ma Hye-ri who matures into a true prosecutor, is the second collaboration between writer So Hyeon-kyeong and producer Jin Hyeok, the duo behind last year's smash hit drama "Shining Inheritance".

"Shining Inheritance", which starred Korean actress Han Hyo-joo and singer Lee Seung-gi, recorded a 47.1 percent viewership rating during its successful run in Korea and wrapped up its airing on Japan's Fuji TV yesterday scoring the highest rating in its time slot.

"Prosecutor Princess", which will be broadcast every Wednesday and Thursday evening, premieres tonight in Korea.

""Prosecutor Princess" receiving attention from Japanese media"
by HanCinema is licensed under a Creative Commons Attribution-Share Alike 3.0 Unported License.
Based on a work from this source