"Protect the Boss" starts off good 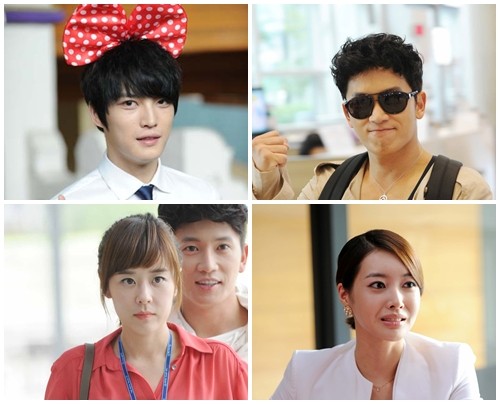 New SBS drama "Protect the Boss" had a good start with many favors.

The interesting characters and smooth layout of the first episode on the 3rd drew the attention of viewers. Main actors Ji Sung (34), Choi Kang-hee (34), Kim Jae-joong (26) and more performed well, say many critics.

Ji Sung managed to pull of various facial expressions and transformed into a plutocrat son Cha Ji-heon. He is proud on the outside but is afraid to speak in front of many people. The way he was sweating out in a presentation was comically drawn.

Choi Kang-hee is Noh Eun-seol who is bold and brave. She takes revenge on her boss (Ahn Nae-sang) who sexually harasses her with rage and received many compliments from the viewers.

Kim Jae-joong, who is attempting at a national drama for the first time, also managed a very good job. Cha Moo-won, a cold character full of confidence was displayed with various changes in his face. Cha Moo-won and Cha Ji-heon added to the interest of the drama with their intense war of the nerves.

The first episode of "Protect the Boss" rated 12.6% and has viewers looking forward to its next episode.

""Protect the Boss" starts off good"
by HanCinema is licensed under a Creative Commons Attribution-Share Alike 3.0 Unported License.
Based on a work from this source