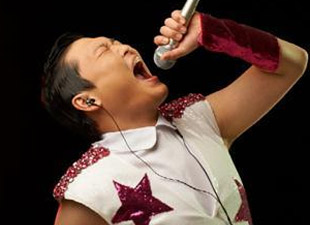 Singer PSY will be filling in some big shoes.

According to an entertainment industry official on March 27th, Psy will be taking over the judge position left behind by Yoon Jong-shin for season 4 of Super Star K. He will be working alongside Lee Seung-cheol, who's back on board after the previous seasons.

After debuting in 2001, Psy's been known for his unique dance and music, and attention-garnering style. He's not only a singer on the mic, but a hit songwriter.

He's expected to enhance the show with his humorous and uplifting energy and keen sense for talent.

With Psy and Lee Seung-cheol ready, there's one judge spot left to fill. Mnet revealed that like the previous seasons 1 to 3, the last judge will be female. They are currently in talks for the official selection.

"PSY To Take Over For Yoon Jong-shin As Super Star K 4 Judge"
by HanCinema is licensed under a Creative Commons Attribution-Share Alike 3.0 Unported License.
Based on a work from this source