Pusan film fest to kick off with Zhang Yimou pic 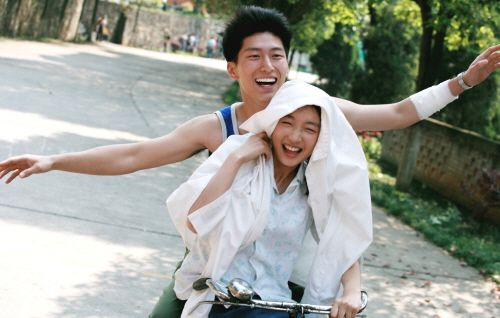 Scene from Zhang Yimou's "Under the Hawthorn Tree" [Courtesy of PIFF]

A total of 308 works from 67 countries, including 103 world premieres and 51 international premieres, will be featured at the festival. The New Currents and Flash Forward categories of the fest will feature only films making their screening debut.

The fest will also pay tribute to veteran actress Kim Ji-mee while separately focusing on Kurdish, Spanish and Czech cinema through special programs.

The Asian Film Market, will take place concurrently with the PIFF, and alongside project market platforms the Pusan Promotion Plan (PPP) and the Asian Cinema Fund.

"Pusan film fest to kick off with Zhang Yimou pic"
by HanCinema is licensed under a Creative Commons Attribution-Share Alike 3.0 Unported License.
Based on a work from this source