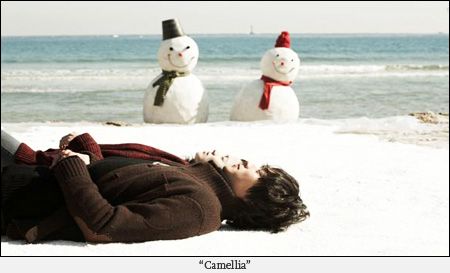 The Pusan (Busan) International Film Festival (PIFF) will open its 15th edition next month with a record number of global premieres, organizers announced Tuesday in Seoul.

The largest cinema event in Asia, to be held from Oct. 7 to 15 in the southern port city, will feature 308 works from 67 countries ― including a record 103 premieres and 52 works making their international debuts. Films will be shown under 11 categories in five major theaters and art houses. The construction of Dureraum, a media center that will be the main festival venue, is under swift progress and will be ready to host next year's edition, said festival director Kim Dong-ho.

"The 15th PIFF will mark `year zero' for the festival to start anew. We are introducing new infrastructure, such as the media center that will open in 2011, and an online screening system", said Kim, who has headed the event since its inauguration in 1996. This year will mark the end of his tenure.

The festival will open with "The Love of the Hawthorn Tree" by Zhang Yimou. For the Chinese master director, who is better known for orchestrating spectacular projects such as big-budget "wuxia" films and the opening ceremony of the 2008 Beijing Olympics, the film marks a return to the low-key dramas of his earlier period, said PIFF programmers.

Zhang will be among noted guests visiting the event this year, along with French film icon Juliette Binoche and American director Oliver Stone.

An omnibus collection, "Camellia", will close PIFF. It is comprised of three shorts, each featuring the theme of love in Busan, and directed by Wisit Sasanatieng of Thailand, Isao Yukisada of Japan and Jang Joon-hwan of Korea.

A variety of special programs will be offered this year, such as a retrospective of works starring the 1960s screen siren Kim Ji-mee. Film buffs can also look forward to collections from Spain and the Czech Republic in commemoration of Korea's diplomatic ties with the two countries.

Since its launch in 1996, the festival has been reputed for discovering and fostering new works and first-time directors from across Asia. It will showcase works made under the auspices of its support projects, such as the Pusan Promotion Plan (PPP) and Asian Cinema Fund.

Moreover, the Asian Film Market, to be held concurrently with the festival, has introduced an online screening system like the Cannes Film Festival. The website (Open the link) opened Monday and will be available even after the festival comes to an end through Oct. 31. Those registered for the Asian Film Market will be able to view works featured in the market and indie flicks in need of a sales company and past works by PPP-backed directors.

For more information about PIFF, visit Open the link

"Pusan film fest to open with premieres galore"
by HanCinema is licensed under a Creative Commons Attribution-Share Alike 3.0 Unported License.
Based on a work from this source