Pyo says "Coffee House" is "in between sitcom and drama" 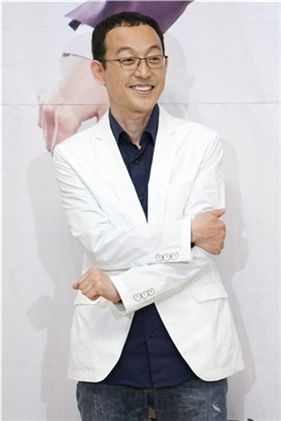 Director Pyo Min-soo described the characters in upcoming SBS TV series "Coffee House" as people who "are free from certain restrictions". As a matter of fact, all his previous dramas were too different and various to be put into a single category. While KBS TV series "Full House" and MBC's "What Star Did You Come From" were romantic comedies, KBS' "In-soon is Pretty" was a unique drama which told about a character growing up and "The World That They Live In" in many angles shed light onto the loves and heartbreaks that characters working at a TV broadcasting station experience. In "Coffee House", director Pyo Min-soo tries to "prove that this drama is different from previous ones" by bringing realistic elements of a sitcom into the show such as incorporating the actor's real-life personalities and props. Through female character Seung-yeon's (played by Ham Eun-jung) transformation from an amateur to a professional working woman, Pyo tries to show a type of professional who is able to enjoy pain. At the drama's press conference held on May 10, the director shared his insight on how he tried to differentiate "Coffee House".

Q: This is your second of the 'House series after "Full House". Could you explain how this drama is different from your previous ones or how it is related to them?
Pyo Min-soo (Pyo): "Coffee House" doesn't have a special connection to "Full House" because it has a life of its own. For example, the fastidious personality of Jin-soo (played by Kang Ji-hwan) is different from Young-jae (character in "Full House" played by Rain) and is charming in its own way. He smiles a lot and is polite yet does things his way to show a new form of fussiness. In the case of "Full House", the actors had very little to do because the producers had already planned everything for the show. But for "Coffee House", the producers and actors have equal amount of responsibility in preparing their lines and props. The actors sometimes put in their own style of speech and get a hairdo that they wanted to try. So the anecdotes in the drama have a sense of realness -- like something that could happen in real life. But if will be more fun for viewers to not associate one drama with the other when watching "Coffee House".


Q: Is there a particular reason you had the production crew and actors split the responsibility equally?
Pyo: "Coffee House" is a show that is in between being a sitcom and a drama. I gave actors more responsibility because I wanted the show to maintain a sense of realness like a sitcom. And when I did that, it eliminated the line between the actor and his character and the actors were able to become more of their characters compared to in other dramas.

Q: Did you cast the actors knowing that you wanted to reflect their real personalities onto the drama?
Pyo: For the character Eun-young, I took Park Si-yeon's real-life personality and painted her as someone who cares a lot about others and works very hard. And, on top of that, I completed the character by making her a person who tells other people what to do. People have preconceived notions about Ham Eun-jung because she is originally a singer, but her past background is not important to me. I wanted to focus on Ham Eun-jung the actress and gave her the role of Seung-yeon who is "up for anything", like a guy who just returned from a military.

Q: Some people are criticizing that the title and characters are similar to those of "Coffee Prince". What is the message that "Coffee House" wants to deliver?
Pyo: I wanted tell a story about people who were alienated culturally. Through the topic of coffee and books, I wanted to show the difference between the world of amateurs and professionals among the wealthy and the poor, and the people who producer culture and those who consume it. People frequently use the word 'professional' but it takes as much as ten to twenty years to actually become one. In order to become a professional, you can either do it the hard way by gritting your teeth or enjoy the process and do it with a smile. I chose the latter method. If you do it the hard way, you can endure it for about three years but I think a person who enjoys the ride can last up to ten years.

Q: Does that mean you want to focus on the world of working professionals such as novelists or baristas?
Pyo: I would like to revert to portraying family relationships rather than just showing people who become a pro in their fields. I want to show viewers how younger sisters, older sisters and other family members become pros in their workplaces and achieve their goals.

Q: This is your first drama for SBS. What do you want for the show?
Pyo: I just want everyone to have fun while shooting the series. You could say that books and coffee are, simply put, the mind and body. I would like viewers to feel that way on the show's final episode.

"Pyo says "Coffee House" is "in between sitcom and drama""
by HanCinema is licensed under a Creative Commons Attribution-Share Alike 3.0 Unported License.
Based on a work from this source