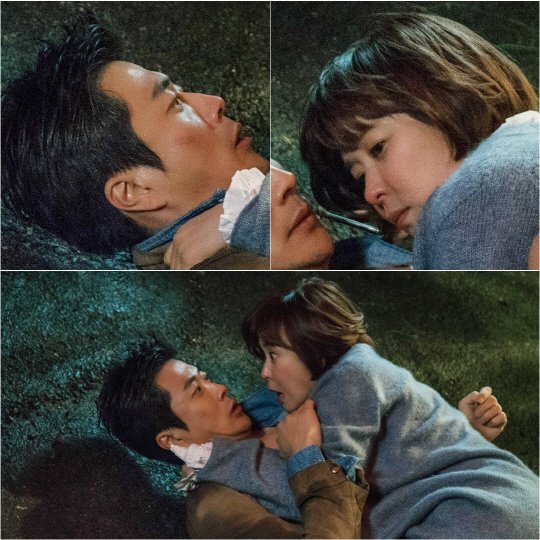 Actors Kwon Sang-woo and Choi Kang-hee got close and intimate.

The pictures of them show them lying on top of each other on the asphalt ground. Choi Kang-hee is lying on Kwon Sang-woo's chest. They are red in the face and they are so close to each other.

In the following picture, they are screaming at each other, pushing away from each other at the same time.

In the second teaser of "Queen of Mystery", there was no hint of romance anywhere between Wan-seung and Seol-ok as they criticized each other. However, these contrasting pictures of the two say otherwise.

This scene was taken in March. Despite the sudden cold and the drizzling rain, Kwon Sang-woo and Choi Kang-hee did their best to make the scene successful which shows their first time meeting.

Meanwhile, "Queen of Mystery" will begin on the 5th at 10PM.

""Queen of Mystery" Kwon Sang-woo and Choi Kang-hee's intimacy "
by HanCinema is licensed under a Creative Commons Attribution-Share Alike 3.0 Unported License.
Based on a work from this source