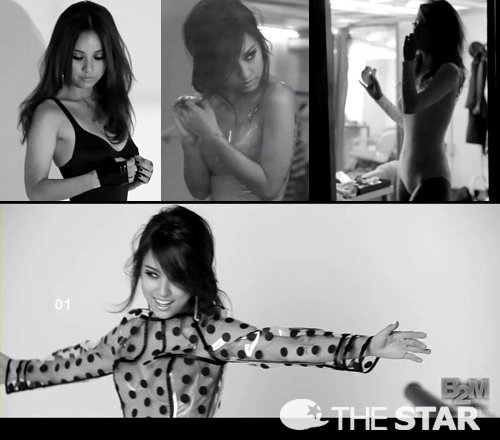 A series of teasers for Lee Hyori's new album are now available online.

The singer released five short clips on YouTube on Tuesday that depict her in various scenes, such as changing clothes or getting made up backstage before a show.

They are already attracting much attention with her sexy and chic look as they show her sporting racy lingerie and heavy make-up.

Lee will return to the stage in late May, some three years after her fourth album came out in 2010. Lee Sang-soon, her current boyfriend, also features in her new album as a session guitarist, her agency B2M Entertainment said.