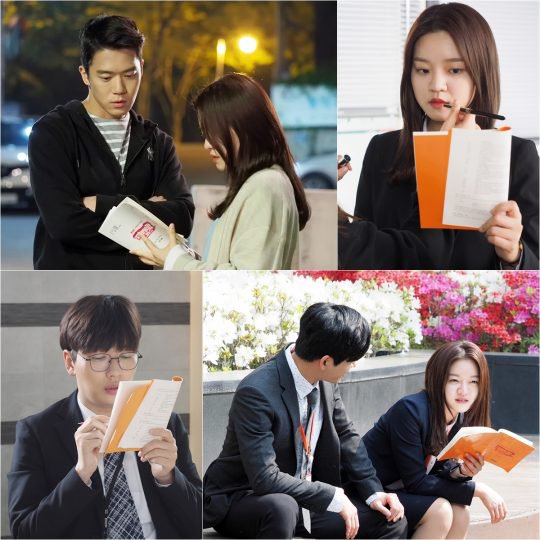 The leading roles of "Radiant Office" are still hard at work although the drama is nearly at an end.

Go Ah-sung plays the role of Go Ah-sung. She carries around her script everywhere she goes and checks her routine carefully. Even when she's getting make-up done she's looking at her script.

Go Ah-sung, Ha Seok-jin and Lee Ho-won are rehearsing together and not even the darkness can stop them from what they're doing.

They may fool around while they're taking a break but as soon as they look into their scripts they turn serious.

Meanwhile, "Radiant Office" can be seen every Wednesday and Thursday at 10PM.

""Radiant Office" Go Ah-sung and Ha Seok-jin hard at work "
by HanCinema is licensed under a Creative Commons Attribution-Share Alike 3.0 Unported License.
Based on a work from this source