Rain and Jackie Chan team up for music video 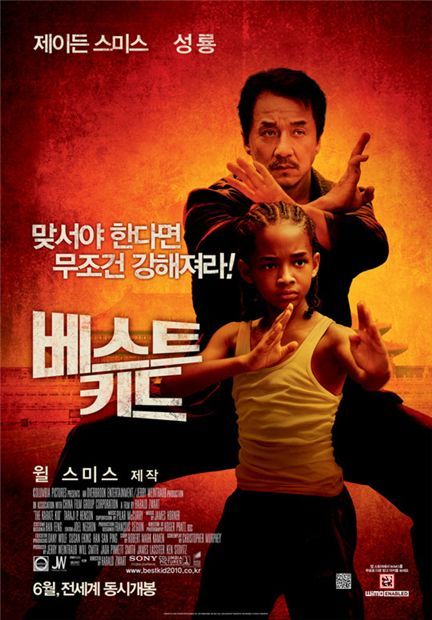 Korean pop sensation Rain and Hong Kong movie star Jackie Chan have come together to create a music video promoting the most recent works of both stars, according to the Rain's agency J.Tune Entertainment on Wednesday.

A press release from J.Tune stated that the music video, aimed at promoting Rain's current single "Hip Song" and Chan's upcoming action flick "The Karate Kid", will be produced by famed actor Will Smith and feature the Korean singer's song and scenes from the Hollywood-Chinese remake of the 1984 hit "The Karate Kid".

"The project was planned based on the friendship between Jackie Chan and Rain", a representative with J.Tune explained.

The martial artist and singer had first met when Rain visited China to participate in the closing ceremony of the 2008 Beijing Olympics. They had maintained a friendship ever since, the two visiting each other at events and concerts.

"The Karate Kid", starring actor Will Smith's son Jaden Smith and Jackie Chan, is about Dre Parker who is faced with a new environment and culture after moving to China. He is faced with a bully at his new school and learns kung fu from Mr. Han.

The music video will be revealed on May 24 while "The Karate Kid" is set to open in theaters on June 10.

Rain, who made his debut into the music industry in 2002, is known as one of the most popular entertainers in the Asian region.

He is currently promoting his title track "Love Song" and "Hip Song" from his special album "BACK TO THE BASIC".

"Rain and Jackie Chan team up for music video"
by HanCinema is licensed under a Creative Commons Attribution-Share Alike 3.0 Unported License.
Based on a work from this source