Rain and Kim Tae-hee are set for vacation in Jeju together? 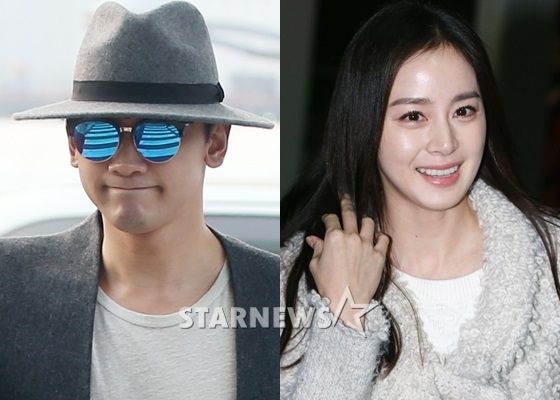 The official actor and actress couple Rain and Kim Tae-hee are getting ready for their vacation in Jeju this spring.

According to multiple sources on March 22nd, Rain and Kim Tae-hee purchased open air tickets to Jeju recently and they are trying to adjust their schedule for the vacation. As soon as their schedule is adjusted, they will leave to Jeju.

This will be their first trip together this year. It is said they finally could find some time to relax and go on a trip together.

Rain was accommodating his busy schedule to film Chinese drama, 'Diamond Lover' across China, Korea and Europe since last year until now. He finished filming the drama in the beginning of this month. He left to China to shoot a commercial for a Chinese beverage brand and will be back to Korea.

Kim Tae-hee had been filming Chinese drama 'Wang Xizhi' until the mid-February and had left to North America to shoot pictorial and for vacation during Seollal holiday.

Rain and Kim Tae-hee have been enjoying dates without caring much about public attention. The two were spotted in an amusement park in Los Angeles the year before last year and again in a BBQ restaurant in Gangnam last year. Kim Tae-hee also visited Rain on the drama set to support him.

While Rain was baptized in a Catholic church for Kim Tae-hee, who is Catholic, they have been consistenly sincere in their relationship.