Rain and Kim Tae-hee, "I love daughters!", "See you in "Return of Superman" 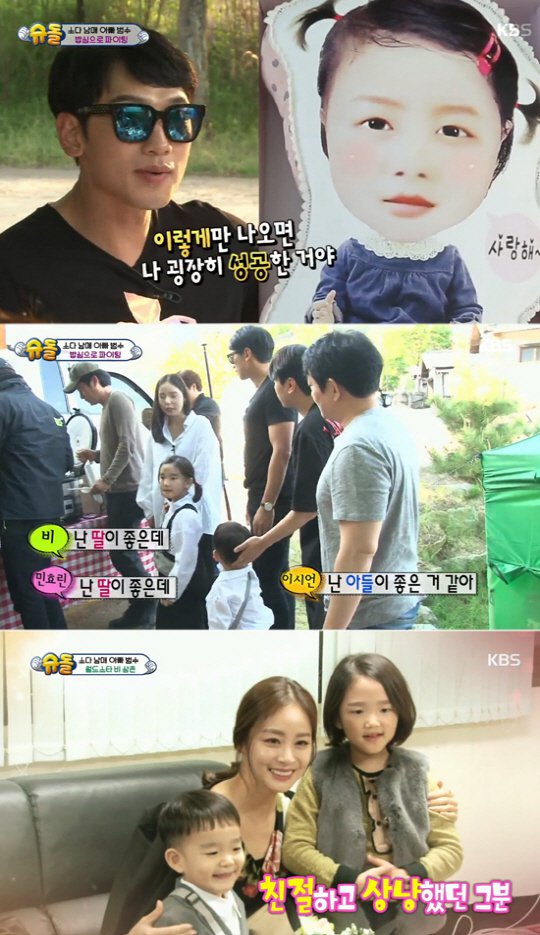 Singer and actor Rain is ready to be a father.

He knows what children like and he is gentle enough to speak to them first.

On the latest episode of "Return of Superman", Lee Beom-soo and his children were on for the last time as he has a movie coming up.

Rain made a surprise appearance.

Da-eul was pleased to see Rain and he expressed his attention to Rain by giving him strawberries and asking him to come to his house.

Rain was very gentle to Da-eul and spoke to So-eul who seemed very shy. 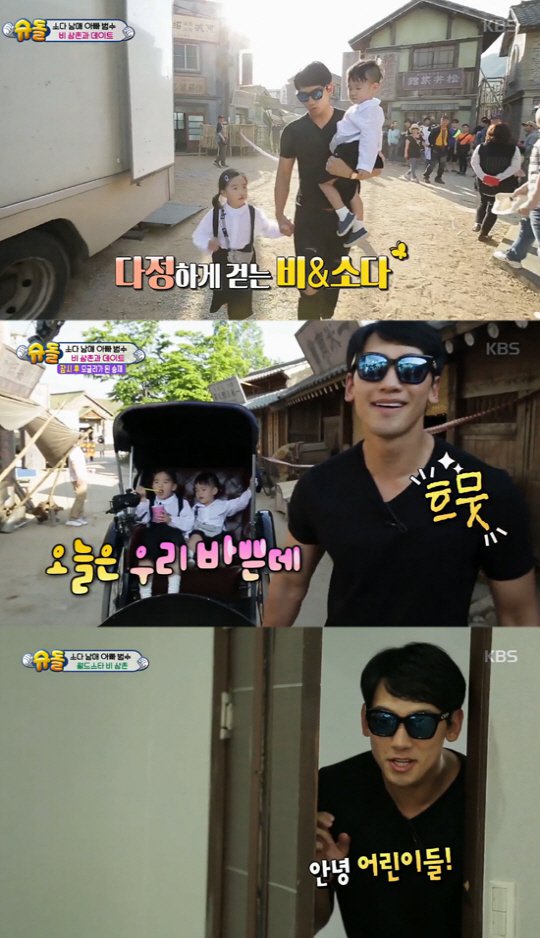 Lee Beom-soo told his children Rain was the husband of Kim Tae-hee and So-eul recalled that she was very 'pretty'.

Rain said, "I want to have a pretty daughter like you when I have a child". He smiled at her.

He gave them a ride on a rickshaw and walked with their hands in his. He helped Da-eul eat and took good care of them.

Rain said, "Babies like being touched" and held Da-eul in his arms.

So-eul and Da-eul have him a present; it was a cushion of a picture of a baby that would look like Rain and Kim Tae-hee.

Rain smiled and said, "I would be very happy if he or she looked like this".

"Rain and Kim Tae-hee, "I love daughters!", "See you in "Return of Superman""
by HanCinema is licensed under a Creative Commons Attribution-Share Alike 3.0 Unported License.
Based on a work from this source