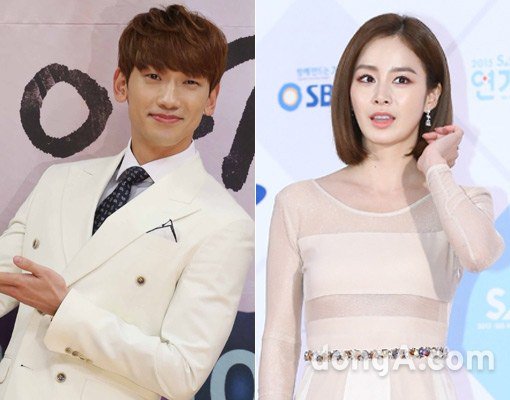 Singer and actor Rain and his girlfriend Kim Tae-hee spent a meaningful birthday.

Rain who turned 34 on the 25th, had a good time with his girlfriend Kim Tae-hee. He was abroad for a long time because of his world tour and Kim Tae-hee was busy with her advertisements so they weren't able to get together for a while. The trip to Jeju Island in May was also a tough one to fit their schedules. This time, they got together on the 24th to celebrate 'Rain"s birthday.

Rain is going to be busy for the next 3 months making a Chinese drama. He has to travel Montreal, Canada and other locations continuously. So this dinner date was a meaningful one. Rumors of their marriage keeps coming and going but all they have to say is that they will make an official announcement later.

Meanwhile, Rain had a small birthday party with the staff and dancers of his world tour on the 25th. They drank until late at a nearby bar. Also, previously at his concert in Beijing, the audience prepared a surprise birthday party for him.

"Rain and Kim Tae-hee, quality time"
by HanCinema is licensed under a Creative Commons Attribution-Share Alike 3.0 Unported License.
Based on a work from this source