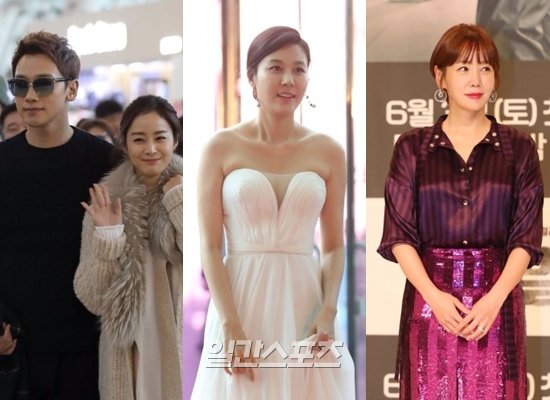 Star couples are getting married fast and everything they do is in the radars.

Ilgan Sports did a survey on celebrities and their homes. Celebrities get married to celebrities or regular people and look for a place to call their 'home'. We took a look at Ryu Soo-young and Park Ha-sun as well as Rain and Kim Tae-hee's new 'homes'. 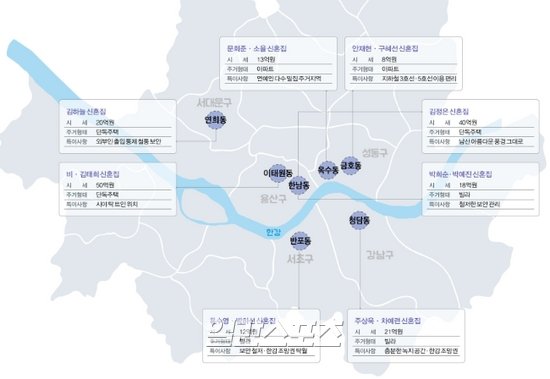 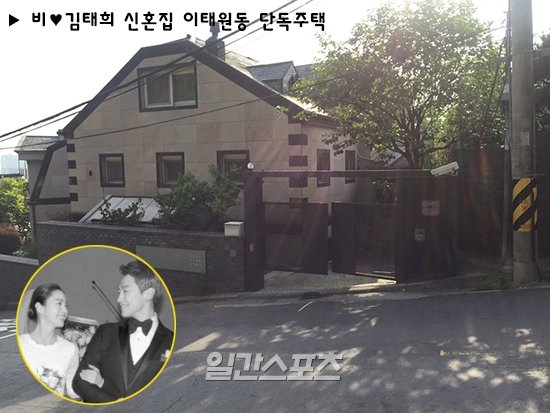 Rain and Kim Tae-hee got married in January and announced that she was pregnant soon after. Rain bought this house for more than 5 billion won before he got married. It is made up of three floors and has a floor space of 99 pyeong. It's located on Sowon Road and is easily accessible to the busy streets of Itaewon and the Namsan Tower. There are many embassies and foreigners around them and so are many luxurious houses. The interior is being worked on at the moment and the unique thing about it is that the house is located in a clearly visible area. They chose investment over privacy. 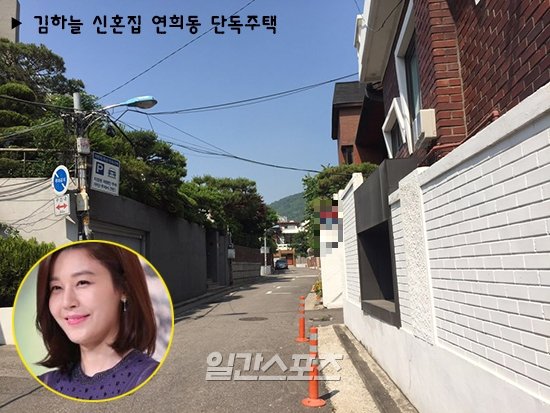 Kim Ha-neul got married last year and she settled in Yeonhee-dong which is a famous housing spot for politicians, professors, missionaries and foreigners. It's known as 'Beverly Hills' of Yeonhee-dong. The site is cheaper than Gangnam and houses are roughly estimated to be around 2 billion won. Houses are isolated and guarantees privacy. Around Kim Ha-neul's house are luxury villas with bodyguards around them so access by outsiders is strictly limited. 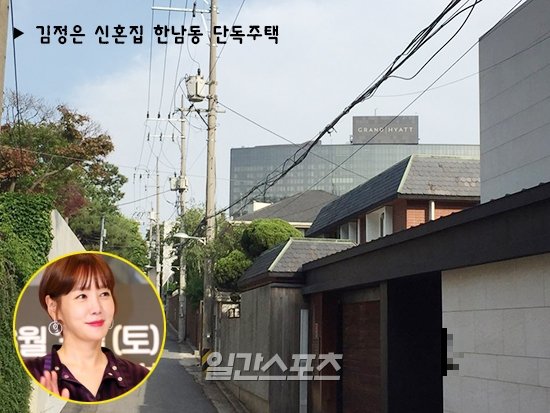 Kim Jung-eun got married in 2016 with a fund manager from the States. She starred in "Duel" before she decided to take a break. Her home is located near the Hannam-dong Grand Hyatt Hotel. The location is private and luxurious like Rain and Kim Tae-hee's and embassies surround that area meaning security is guaranteed. The beautiful Namsan Tower is visible from this neighborhood.

"Rain and Kim Tae-hee's honeymoon house "
by HanCinema is licensed under a Creative Commons Attribution-Share Alike 3.0 Unported License.
Based on a work from this source