Rain and Kim Tae-hee say "No" to wedding rumors 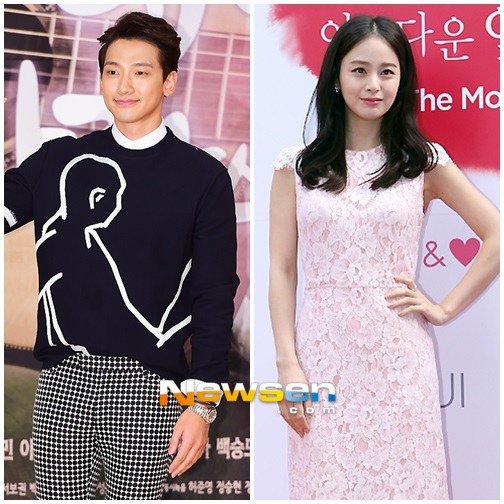 Both Rain and Kim Tae-hee have denied rumors that they are getting married soon.

On April 17th, a media reported Rain and Kim Tae-hee were getting married within this year. The report also said the families had already exchanged the formal pre-marital greetings with each other. However Rain and Kim Tae-hee have clarified that the rumors are groundless.

Rain's agency Cube Entertainment said on April 17th, "Unlike what has been reported, there have not been any meetings between the two accompanied by their parents. And there is no specific plan for marriage".

Kim Tae-hee's agency also  told Newsen, "The rumors Rain and Kim Tae-hee are getting married within this year is groundless. Although it is true the relationship between two is still solid but there has not been any talks about marriage" and "Also the rumors on the parents' formal pre-marital meetings are not true either".

"Because Kim Tae-hee is currently focusing on selecting her next project fully and she wants to resume her activities out of her long break, she hopes she will be able to meet her fans with a good project as soon as possible", said her agency.

The wedding rumors about Rain and Kim Tae-hee have been on and off all the time. Particularly in last July, when Rain was baptized in a catholic church, people said their marriage was going to happen soon.