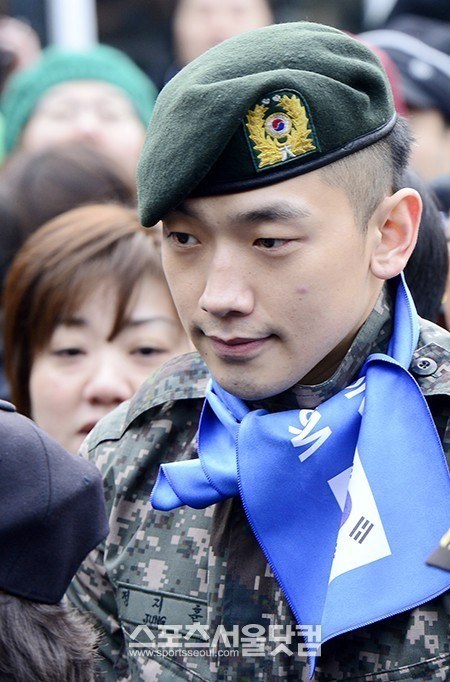 Singer Rain (Jeong Ji-hoon) and his agency explained the rumors about him being charged for poor duty as a soldier.

Cube Entertainment spoke with Sports Dot Com on the 28th and said, "They say indictment has been submitted but we haven't got any calls yet. It's too early to say anything".

Seoul Central Courts said, "Reports have been made against Jeong Ji-hoon for frequent vacation and violation of military regulations".

Rain was admitted to the army on the 11th of October 2011. He was titled 'star soldier' on the 24th of February and started serving duty in the national defense department. However, he'd been spotted going on dates with his lover, Kim Tae-hee, since January and was suspected of violating military rules and was put on probation. Although his actions were highlighted as a problem, he completed his duty in recent July without much discipline.

SBS TV show "On Site 21" pin pointed this fact out and 'A' put this to matter.

"Rain, charged for poor duty?"
by HanCinema is licensed under a Creative Commons Attribution-Share Alike 3.0 Unported License.
Based on a work from this source