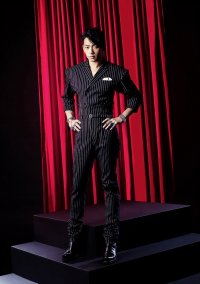 Rain whose real name is Jung Ji-hoon and his producers are being sued over the performer's abrupt cancellation of a June 2007 concert in Honolulu. Jury selection is scheduled to begin Tuesday and Rain could be called to testify as early as Wednesday, AP said.

"He will be appearing at some point in the litigation", the performer's Honolulu attorney Jennifer Lyons was quoted as saying.

Hawaii-based Click Entertainment Inc. alleges in the suit that Rain and his producers defrauded it of more than $500,000 paid in licensing fees. Also, it is seeking additional damages for the cost of staging the event, including rental of Aloha Stadium, stage production, travel, hotel accommodations, merchandising and advertising.

The concert was canceled just days before the scheduled June 15, 2007, performance at Aloha Stadium, disappointing many fans who paid as much as $300 for a ticket and flew to Honolulu from as far as away as Japan and South Korea. It was the first stop on the "Rain's Coming" U.S. tour.

Performances in San Francisco, Atlanta, New York and Los Angeles were also canceled. The show at the Staples Center in Los Angeles was canceled less than two hours before show time, "due to issues related to the show's production", promoters said. All ticket holders were offered refunds.

Concert organizers at the time said they called off the performances because of a copyright challenge from Nevada-based record company Rain Corp. A Nevada District Court later dismissed the case.

Rain, 26, is widely popular across Asia where his smooth dance moves and sculpted body have earned him the nickname of the "Justin Timberlake of Asia". He also gained popularity with his roles in Korean TV drama series, such as the hit "Full House".

"Rain May Testify Over Concert Cancellation Wednesday"
by HanCinema is licensed under a Creative Commons Attribution-Share Alike 3.0 Unported License.
Based on a work from this source