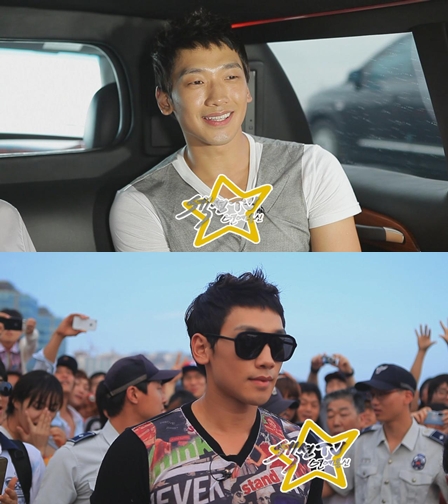 Rain confessed that his new song "Busan Girl" was about his experience.

MBC "Section TV" followed Rain along his preparations for his concert before his admittance to the army from Seoul to Busan.

Introducing his new song "Busan Girl" which was released on the 16th, he said, "I wrote this song on my own. Actually, it's about me".

10 years into his career, when he was told, "Skin complexion is better when you're younger isn't it?" Rain got excited and said, "Why?! I'm still 29 and an idol! I can still wear uniforms but people keep giving me action and oldie roles".

Rain's new song "Busan Girl" which will be revealed on air soon, the special story behind the meeting with Hollywood star Richard Gear and his visit to Busan which caused a paralysis can be seen on "Section TV".

"Rain, new song "Busan Girl" 'actually my song'"
by HanCinema is licensed under a Creative Commons Attribution-Share Alike 3.0 Unported License.
Based on a work from this source