Rain on His Acting Ambitions 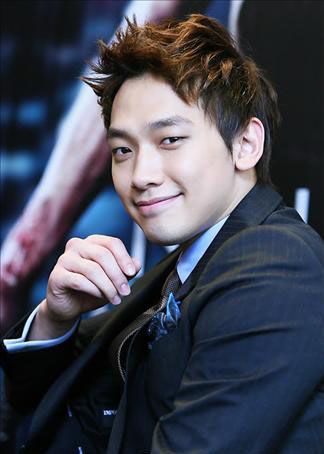 Actor Chung Ji-hoon (also known as Rain) is the first Korean actor to appear in a major Hollywood movie. His second Hollywood production is "Ninja Assassin", which was produced by the Wachowski brothers and Joel Silver. It is a brutal movie in the action genre. Its Japanese-style subject matter--the ninja--is unfamiliar to the Korean public.

In an interview on November 10 at the Hotel Lotte, Chung said that not everyone was going to like "Ninja Assassin". He added that fans of martial arts would definitely like it.

Chung has had three turning points in his career so far: his collaboration with music producer Park Jin-young, his Hollywood debut in the movie "Speed Racer", and his role in "Ninja Assassin". "It's yet another beginning", said Chung, looking very determined.


Following is the interview with Rain.

-- Will there be sequels to "Ninja Assassin"?

▲The terms and conditions of my deal are a secret, but it's already known that I originally signed to appear in two or three productions. If the movie proves to be a success, its sequels will be produced; otherwise, it's going to end here. I will try my best till the very end.

--It's a very brutal movie. Plus, its subject is very strange to Koreans.

▲If it were not brutal, it would have been like an ordinary martial arts movie. Both the Wachowski brothers and Joel Silver had planned this movie for ten years in order to show the real essence of martial arts. People who like martial arts will like this movie.

I also thought that this movie is too "Japanese", but my opinion changed after I read books about ninjas. Ninjas killed people in order to protect kings or their masters. In that respect, they existed everywhere in the world. This movie deals with the universal subject of good and evil. I play a killer who fights against ninjas.

--You learned a lot from various martial art actors like Bruce Lee and Jackie Chan...

▲Ninjas always have to hide. They have to be invisible. That's why they keep a hunched posture when dealing with their enemies. So I practiced creeping and using the horse-riding pose. I took lessons from boxing, karate, kung fu and tumbling champions from various countries as well as from the action teams of Jackie Chan and Jet Li. Bruce Lee makes slow moves but they are also very accurate, while Jackie Chan is fast and decisive. We tried to produce perfect action scenes. Even when filming fistfight scenes, I tried to make it look right.

--It's a moden film about ninjas. How did you portray Raizo?

▲Larry and Andy (the Wachowski brothers) told me that the mental fight mattered most. I wanted to make my character look fresh every time he appeared on screen.

--How did you make your body so perfect?

▲I became healthier by staying away from salt and sugar. I felt like my body was shrinking, like a dried squid. The only liquid that it contained was water. Once a week I ate chicken breasts marinated in wine but I avoided salt and sugar. I lifted light-weight dumbbells to make small muscles.

--You were accompanied by an English tutor all day long...

▲He was a Korean living in the U.S. I felt at ease with him. I just spoke in English even when I made mistakes. I was honest with myself, because I was learning. When I didn't know something, I asked. My director also credited me for that. But my English still sounds like nonsense.

--Actor Lee Byung-hun said that he was lonely in Hollywood...

▲I bonded with everyone on the film set because I'm very young. Despite my poor English skills I chatted with the director and when I didn't understand something, I took notes and looked it up later at home. Not knowing something is not a crime. Plus, I played a leading role. My needs always came first on the set. I was the first one to receive meals. I wasn't lonely at all, because I was number one (laughs).Later, I was even annoyed because people talked too much to me. I also received pocket money every week, aside from my remuneration. It was big money. I even had to open two bank accounts. It was ten times as much as my remuneration in "Speed Racer", for which I was paid 200,000 won a week.

--Do you have any plans to appear in Korean movies?

▲I would want to, but every time it seems to be bad timing. When filming Hollywood movies, it takes more than half a year to prepare and shoot a movie. Once it's over, I have to prepare my new albums and concerts. In no time, three or four years pass. If I get a chance to appear in a Korean TV drama or movie, I would like it to deal with a light subject, like a melodrama. The role of a cheater also seems to be fun. Since the drama "A Love to Kill", I have played only serious roles.

--Your fans criticized your Hollywood debut...

▲The criticism started when I was performing overseas. But there are ups and downs in life. If you stand still, you will be pushed out. I have made my name in Hollywood and appeared in a real Hollywood production. I am ready for praise and criticism.

--Which is more important to you - singing or acting?

▲As an actor, I would like to try diverse things. To be honest, I enjoy singing on stage. But dance singers hit a limit someday. Presenting something new every time is difficult. I can't even sleep well. Some people ask me why I haven't debuted in the U.S. as an artist. But who would turn down an offer from the Wachowski brothers? In the U.S. market competition is cutthroat. You can't survive unless you destroy your rivals. To release an album in the U.S., you have to work with top-notch music producers and choreographers. Everything must be perfect.