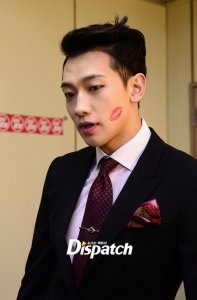 Singer Rain has proved that he is a world famous star, with enough influence to make a number of Kosdaq shares fluctuate.

Hantel, a Kosdaq listed IT company that seems to have nothing to do with entertainment, see-sawed at news related to Rain.

Kim Woo-chang, the CEO of the event planning company White World, announced Tuesday that he had acquired 2.5 million shares, or a 6.9-percent stake, and managerial rights in Hantel for 5.8 billion won. Rain is the biggest shareholder in White World.

Investors interpreted the news as "Rain advancing onto the Kosdaq", or White World seeking a backdoor listing. Entertainment firms, in most cases, are not qualified for listing on their own, and have often sought backdoor listings by taking over listed firms in financial trouble. Their shares skyrocketed initially but some of them plummeted afterward as they had no stable income source, leaving individual investors as the biggest victims.

Hantel was no different. The news immediately pushed up Hantel to 2,280 won.

However, after his father announced that Rain has nothing to do with an M&A at Hantel, the share prices plunged to close at 1,895 won Wednesday _ a drop of nearly 14 percent. "White World is suffering from capital erosion. It doesn't even meet the conditions for a backdoor listing", Rain's father told reporters. He added that Rain gave up his stake in White World, to stop rumors such as the backdoor listing. Hantel closed at 1,850 won Thursday, falling even further.

Sejong Robot, also listed on the Kosdaq, once soared to 3,415 won early this year upon expectation that White World would acquire it. However, the latter gave up, and now the robot manufacturer is trading at around 1,500 won.

Star M Entertainment, which was in charge of Rain's concert in Los Angeles, is also seeing a hard time on the Kosdaq after the concert was canceled. Its shares rose to above 4,300 won in May upon rumors that Rain would join the entertainment company. Its shares are now trading at around 2,000 won.

"The entertainment industry is in a slump. Investors should consider the financial condition of the firms rather than recklessly pursuing stars", an analyst said.

Experts warn that investment made based on unidentified information could incur a huge loss. They should take special heed regarding M&As, as there is the risk of the deal becoming unstuck.