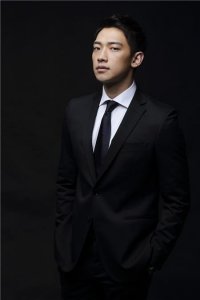 Now world-famous, K-pop singer and actor Rain, 25, is to receive the 2008 Korea Image Stepping Stone Award for promoting a positive image of Korea through popular music.

The Corea Image Communication Institute, which holds the "CICI Korea 2008", designated Rain as this year's awardee.

Led by president Choi Jung-wha, the institute is established to promote Korea globally.

With high popularity in Asia, Rain starred in a Wachowski brothers' movie "Speed Racer" to be released in May worldwide.

He recently signed a contract with WMA and announced his next Hollywood movie, "Ninja Assassin", in which he will play the lead role. He also plans an international album release this year.

The singer/actor was named one of the "The People Who Shape Our World" by Time magazine in 2006 and one of the "World's 100 Most Beautiful People" by People magazine last year.

Kim Yu-na recently missed the Four Continents figure skating championships held in Korea because of an injury. She will vie for the queen of figure skating in the World Figure Skating Championships 2008 in Gothenburg, Sweden in March.

Park, known as Korea's "Marine Boy", graduated from high school last week. He is in training for the coming Beijing 2008 Olympic Games.

The "CICI Korea 2008" ceremony is to be held at a hotel in southern Seoul, Tuesday. To celebrate, the Preceding recipient Chung Myung-whun will have a chamber music concert and Rain will perform as well.

"Rain Receives Image Award"
by HanCinema is licensed under a Creative Commons Attribution-Share Alike 3.0 Unported License.
Based on a work from this source