Rain's Selfie While Dining Out 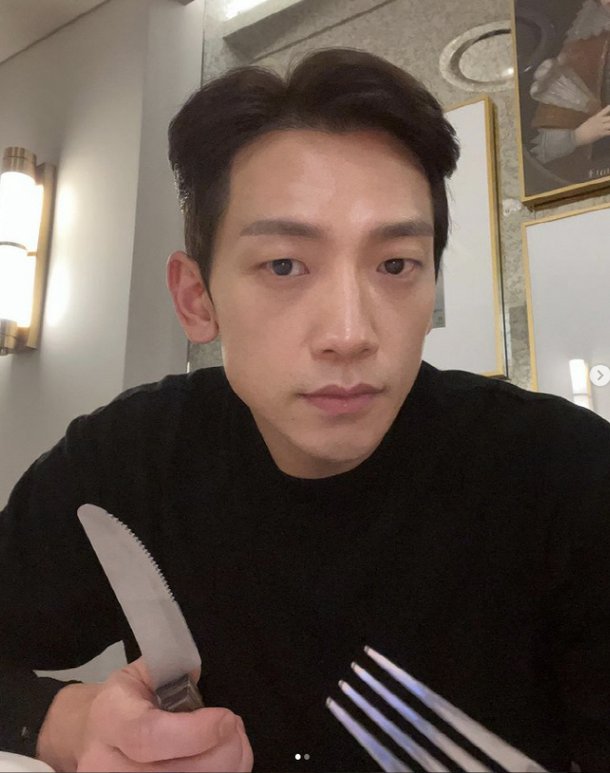 Singer and actor Rain took a selfie with a knife.

He posted a photo on his Instagram of himself holding a knife with the captions of meat, pepper and wine.

It looks as though he took the picture while eating out at a restaurant and fans are surprised both at the knife and his handsomeness. 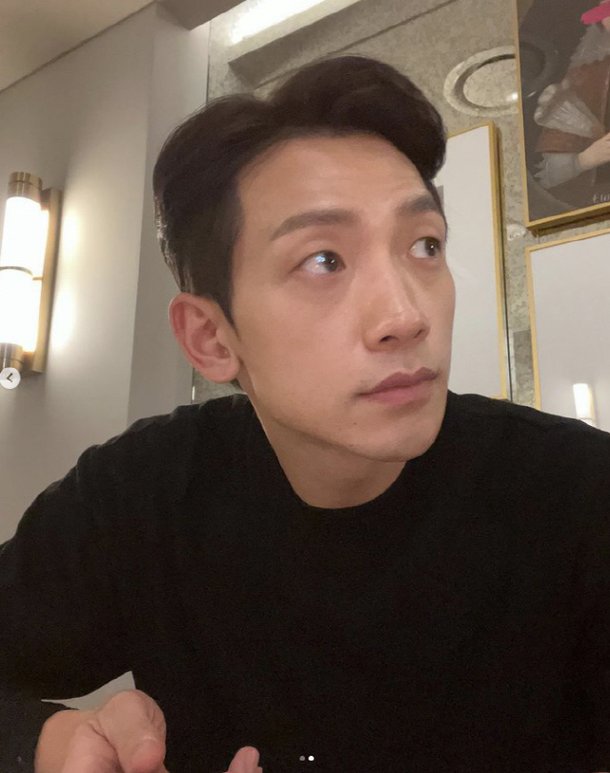 Rain is coming back with a Netflix TV show called, "The Hungry and the Hairy" and is going to star in a new tvN drama called "Ghost Doctor" with Kim Beom and UEE.

Meanwhile, Rain married actress Kim Tae-hee in 2017 and they have two daughters together.