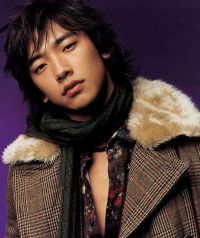 South Korea's Rain or "Bi"embarks on a world premiere tour this Friday.
Rain, known as Bi in Korean, is undoubtedly one of the biggest K-pop stars nowadays. It's no wonder that around 40,000 fans, with almost a fourth from other countries, are expected to attend the premiere of his world concert tour at Jamsil Stadium, Seoul on Friday.

The free concert coincides with the release of Rain's fourth album on Friday. Rain gained popularity also as an actor throughout Asia in the hit drama "Full House".

Rica Valera, a caterer from Manila, Philippines, is traveling to Seoul with a bunch of friends to watch the concert. She and her friends arranged their Korean vacation to coincide with Rain's concert.

"I have seen Rain perform live in Hong Kong for his showcase and in Bangkok for the last leg of his Rainy Day Tour and he exceeded all expectations. I'm just hoping to see him enjoy his performance. I don't want to be stressed and pressured by placing high expectations on Rain", Valera told The Korea Times.

Gina Wong, an accounts executive from Singapore, said she is looking forward to a great performance by Rain. "I'm not sure what to expect, but I know Rain will be great", she said.

The Oct. 13 concert is seen as a preview for Rain's upcoming world tour "Rain's Coming", which will officially kick off in Seoul on Dec. 15 ( Open the link ). He is expected to perform songs from his latest album.

StarM, the entertainment agency organizing the concert, has even coordinated with travel agencies from different countries to make it easier for fans to come to Korea and watch the show.

The price of the Rain concert package tours varies. For instance in Hong Kong, a travel agency is offering a special Rain concert package which includes airfare, hotel accommodations, VIP tickets to the concert and a tour of the "Full House" set, for HK$4,599 or roughly 560,000 won.

The show will start at 7 p.m., with opening acts Paran, Popin Hyungjoon, NOW and Lim Jeong-hee.

Rain is also quite busy these days, after finishing his first movie "I'm a Cyborg, But That's OK" directed by Park Chan-wook. He is also preparing an English album to be released in the U.S. next year.

Last February, he held two sold-out concerts at Madison Square Garden in New York City. He was also named one of Time magazine's 100 Most Influential People in the World this year.

"Rain's World Premier Tour Begins in Seoul"
by HanCinema is licensed under a Creative Commons Attribution-Share Alike 3.0 Unported License.
Based on a work from this source