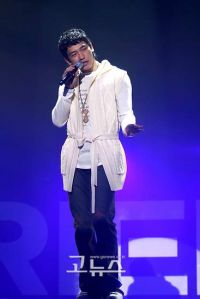 Singer Rain's upcoming world tour is expected to bring in more than 100 billion won in revenues.

Star M, which is organizing the tour, wrote in a press release published ahead of Rain's news conference marking the release of his fourth album that the tour is expected to gross 106 billion won in content revenues.

But the agency added that long-term revenues will far surpass such short-term revenues in the future, given the tour's indirect economic effects, such as the overall promotion of Korean culture and products and the improvement of Korea's image, which cannot be estimated in numbers.

The agency's CEO said the tour will not only be about reconfirming Rain's potential to become a globally renowned singer, but also about promoting Korean culture on the global arena.

Rain will launch his world tour in December for a six-month run. He will give 35 concerts in 12 countries: Korea, the United States, Singapore, Japan, Thailand, Vietnam, China, Malaysia, Indonesia, Hong Kong, the Philippines and Taiwan.