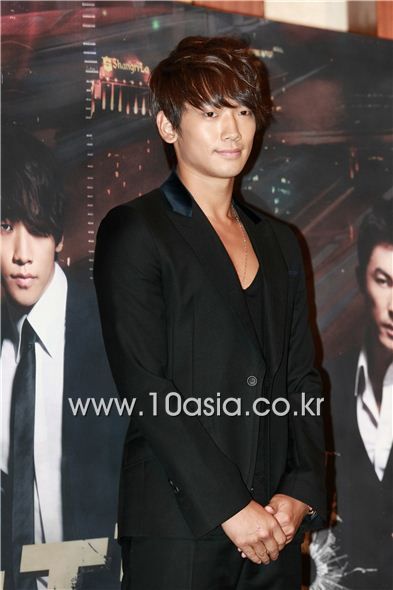 Korean singer and actor Rain poses during a photocall of a press conference for upcoming KBS TV series "The Fugitive Plan B" held at the Lotte Hotel in Seoul, South Korea on September 27, 2010. [Lee Jin-hyuk/10Asia]

Asian pop sensation Rain, who is constantly on the run as a fugitive in upcoming TV series "The Fugitive Plan B", has said he has had to run so much that he has probably done a lifetime's worth of running.

In the romantic comedy investigative action series about a conspiracy involving a hefty sum of money going missing in times of the Korean War 60 years ago, Rain plays Gee-woo, a private detective at an international secret agency who becomes pegged as the murderer of his own old friend.

"Lee Jung-jin and my relationship is that of a chaser and the chased so we really ran a lot... I've done a lifetime's worth of running", the singer and actor told media outlets during a press conference for the drama held in Seoul on Monday.

He explained, however, that the action sequences were "not too tough to handle" after having received a year's worth of grueling training in Hollywood for Wachowski Brothers' pic "Ninja Assassin" last year which had left him with zero percent body fat.

The downside, he said, was that the show's director Kwak Jeong-hwan of hit drama "The Slave Hunters" fame, was becoming increasingly expectant of their performance.

"He was doubtful of us pulling off the action sequences at first but after we succeeded the first few times, he now thinks we can do anything and so just yesterday, we jumped over a wall three meters high", Rain jokingly complained.

From the start of the press conference, Rain had expressed his excitement over working with Kwak and writer Cheon Seong-il, the mastermind duo behind "The Slave Hunters" which he claimed to have been a fan of.

Starring Jang Hyuk, Oh Ji-ho and Lee Da-hae, the show hit viewership ratings of nearly 36 percent during its two-month run from January this year and was lauded by critics for its strong storyline and beautiful scenes produced through the use of a Red One camera.

Rain, whose real name is Jung Ji-hoon, rose to stardom throughout Asia through his solo singing career in 2002, but has made several solid acting appearances on the small screen as well including "Sang Doo! Let's go to school" and "Full House".

"Rain says done lifetime's worth of running for "The Fugitive Plan B""
by HanCinema is licensed under a Creative Commons Attribution-Share Alike 3.0 Unported License.
Based on a work from this source