Rain says "Love Song" based on own experience - Part 1 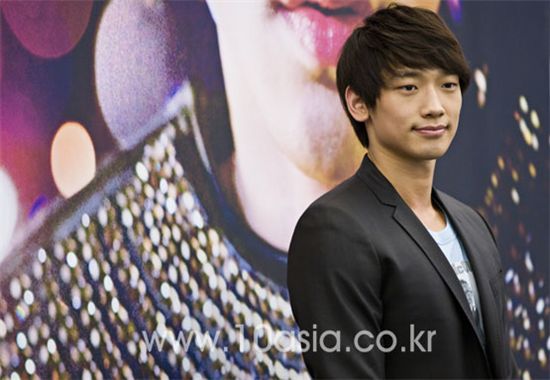 Asian pop sensation Rain says the inspiration for his latest single "Love Song" came from his own experiences.

The artist made the remark during a press conference for his new album "BACK TO THE BASICS" held Monday at the KT Building in Youido.

He is set to return to the Korean music scene with his special album due out April 7 featuring the title track "Love Song", the first in two years since releasing his last studio album "Rainism" in 2008.

Below are excerpts from his press conference.

10: Your first song off the new album is a ballad instead of a dance song and you have taken on an androgynous image which is different from your previous images. What was the reason behind this attempt?
Rain: I want to show a definite change because it has been eight years since I made my debut. I had recorded "Love Song" when "Rainism" was unveiled. With "Song" I took out the embellishments and released something light. I was looking to perform an authentic ballad. After promoting “Song,” I am thinking of promoting "Hip Song", a dance track from the album. My androgynous image is a ground breaking attempt. I wanted to stimulate the listeners through my eyebrows, vest, leather pants and hat which are impossible to match with the bling bling music. Releasing the music will be the first round and I want to show new things through my performances on stage. I want to put on a performance that will satisfy the audience's ears and eyes.

10: The title of your album is "BACK TO THE BASIC". Is there any particular reason for this?
Rain: I was planning on releasing an album at the end of this year. And I would have to release records simultaneously in Korea, the United States, Asia and Europe but my drama and film got pushed back by two months. I already had the songs and the choreography ready so I decided I want to go back to my original resolution and have them hear unembellished and light music. Some people have been asking why promote in Korea but Asia is at the center of the world now and Korea is at the center of Asia. And of course taking care of my Korean fans is my priority.

10: How are plans for your U.S. album release going?
Rain: First off I want to say that my career as an actor in the United States is going smoothly. (laugh) In Asia, I gained recognition by appearing in a drama first and then popularity through singing. And I didn't intend on it but I think I'm stepping the same path in the U.S. right now too. I think my acting career is going well and after 'Rain' becomes a household name and the U.S. audiences soon break away from the stereotype that I'm an action star, I want to release an album. I have plans on filming a movie first and after I have established myself as an actor I hope that the record will follow suit. 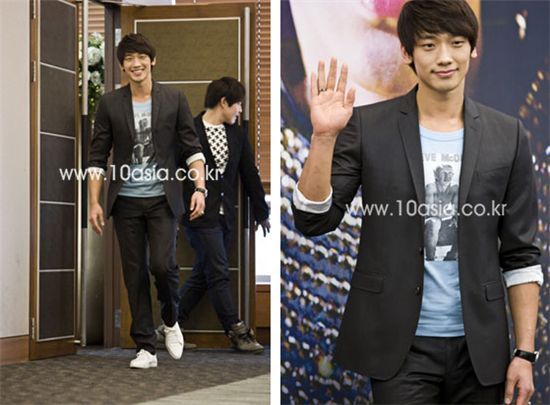 10: What kind of personal impact did promoting Hollywood picture "Ninja Assassin" have on you?
Rain: It made me understand the meaning of being able to do anything in this big world. In Asia, people knew who I was through my drama "Full House" but in the U.S. and Europe, I had to make my name known through "Ninja Assassin". That movie helped me become known as an action star and it gave me a chance to shoot a commercial. It was a tough eight months but I gained a lot at the same time. It was a very happy promotion.

10: There was an article saying that you will be starring in a drama. How are those plans coming along?
Rain: I am currently in talks in starring in a drama. It is a drama that I have been looking forward to doing but nothing concrete has been set yet so we are discussing many things right now. I think the drama will probably come out in September or October.

10: There are other artists who are returning to stage so there seems to be fierce competition.
Rain: Right now I don't feel I'm returning to the stage to gain something. Rather, I'm out to have fun. It is more important to show the different dimensions of myself. It is the prelude to entering a bigger market. Last week when we were pre-recording a show I didn't know anyone on stage. (laugh) I know that Lee Hyori will be making a comeback and since I know her it will be fun and not as boring.

10: Right now the big thing is idol groups, do you feel any burden?
Rain: I think I am in the middle generation in the music industry. There are my senior singers such as Park Jin-young and Yang Hyun-suk and I have many junior singers after me which focus on different markets. For me, I feel like I have to succeed in the China, all of Asia and the U.S. market. The idol groups are all talented but I feel that I am responsible in opening a door so they can begin their worldly activities. I will work hard to be a better model so that we can enjoy the stardom together.

"Rain says "Love Song" based on own experience - Part 1"
by HanCinema is licensed under a Creative Commons Attribution-Share Alike 3.0 Unported License.
Based on a work from this source