Rain, "The idols and stars on TV are like Gods and Goddess'" 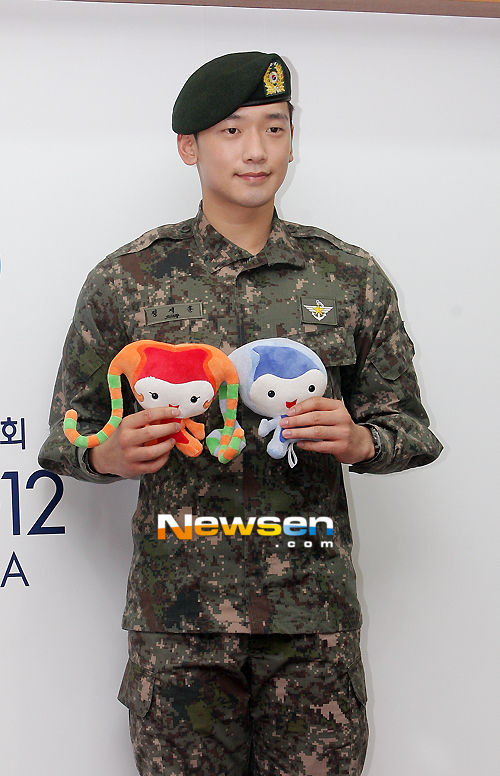 Rain who is in National Service showed his love for girl groups.

The Defense Agency for Public Information Services "K-Pop Special Concert" press conference with the singer Rain was held in the press conference hall at the Yeosoo Expo Worldwide Exhibition on the 16th.

Rain compared the before and after of being in the army and said, "All the female groups on TV are like goddess'".

"Rain, "The idols and stars on TV are like Gods and Goddess'""
by HanCinema is licensed under a Creative Commons Attribution-Share Alike 3.0 Unported License.
Based on a work from this source