Rain to fly into LA next week for MTV awards 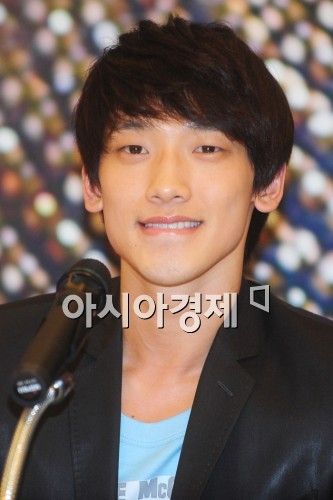 Asia's most celebrated star Rain will fly off to Los Angeles next week to attend this year's MTV Movie Awards, according to his agency on Friday.

An official at J. Tune Entertainment said Rain will depart from Korea on June 3 to attend the 2010 MTV Movie Awards for which he has received an invitation from MTV's headquarters.

The singer and actor has been named one of the five nominees in the "Biggest Badass Star" category for his role as a ninja in Hollywood flick "Ninja Assassin" last year alongside Hollywood blue-chips Angelina Jolie, Channing Tatum, Chris Pine and Sam Worthington.

Nominees were selected by fans who cast online votes on MTV's website to choose their favorite 'badass' actor out of 22 potential nominees.

Rain, whose real name is Jung Ji-hoon, has released six studio albums to date and has held several tours throughout Asia and in the U.S. including a sold-out concert at Madison Square Garden.

He made his Hollywood debut in 2008 through the Wachowski Brothers' action flick "Speed Racer". The Korean star reportedly made such a great impression on the famous sibling duo that they offered him the lead role in last year's martial arts flick "Ninja Assassin".

"Rain to fly into LA next week for MTV awards"
by HanCinema is licensed under a Creative Commons Attribution-Share Alike 3.0 Unported License.
Based on a work from this source