Rain to make Korea comeback in April with new album 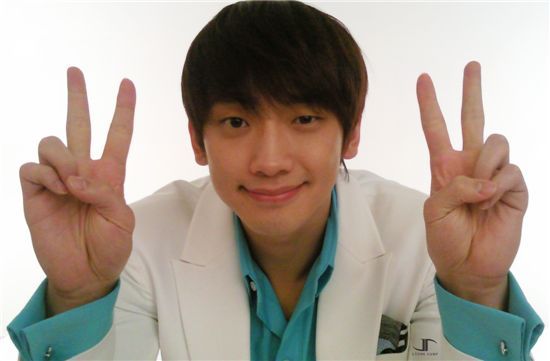 Korean superstar Rain has announced that he will be returning to the K-pop music scene with a new album next month.

The singer posted a message on his official website (www.rain-jihoon.com) on Monday, telling fans that he will be releasing a special album containing several new songs he had "been cherishing for a while" on April 1.

He said he will promote the album for two months as well as including performances of the new tracks in his concert tours this year.

The multi-talented entertainer explained that he will be able to work on his music career for the time being since his "new film and drama have been delayed" and is "very happy to be able to show fans fantastic performances".

He further revealed that he is planning to "show more of [his] personal side" in his upcoming television dramas and movies, unlike the "sort of serious stories" he had recently taken on.

Rain also informed fans that idol group MBLAQ, whom he created and trained as producer under his company label J. Tune Camp, will soon be coming out with a second single album.

He ended the message asking for their support and thanking them several times.

In 2008, he made his Hollywood debut in the Wachowski Brothers' action flick "Speed Racer", which led to his star turn in the martial arts movie "Ninja Assassin" last year.

"Rain to make Korea comeback in April with new album"
by HanCinema is licensed under a Creative Commons Attribution-Share Alike 3.0 Unported License.
Based on a work from this source