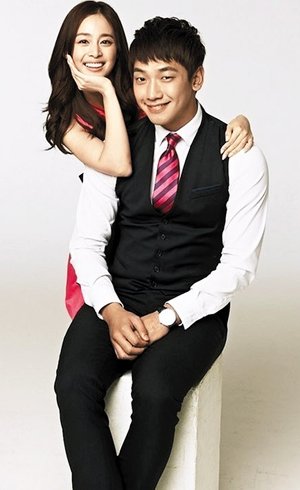 K-pop star Rain on Tuesday announced he is getting married to longtime girlfriend Kim Tae-hee by posting a handwritten letter on Instagram.

"I intend to become a good husband and a good man as head of the family. Our trust and love for each other have become stronger and bigger over the years so we will get married. She is the greatest gift to me", Rain (35) wrote.

The announcement is timed for maximum PR synergy after he released his new single "The Greatest Gift" on Sunday.

Rain and Kim (37) have been going out since they met shooting a same commercial in 2011. They admitted their relationship on Jan. 1, 2013 but have been relatively low-key since then. There have been many rumors of breakup or impending marriage over the years, but they always denied them.

They will get married in a private Catholic ceremony in Seoul this Thursday.