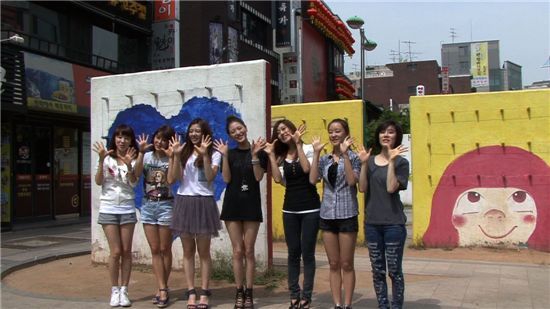 Members of Rainbow at Hongdae for the shopping contest [DSP Media]

Girl group Rainbow has been appearing as regulars on a Japanese TV show about Korean entertainment, according to the group's agency DSP Media on Wednesday.

DSP announced in a press release that since June 28, the girls have been appearing in a segment of Japanese channel BS11's program titled "HAN LOVE" which focuses on Korean movies, dramas and K-pop artists.

The segment they are in features the members of Rainbow carrying out their daily activities in their everyday environment.

They shot the first episode, about a shopping contest at the Hongik University area in Korea two months ago, and a cooking face-off in Insadong last week. 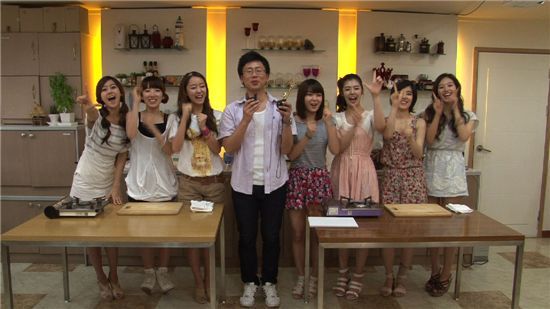 Members of Rainbow during the cook-off at Insadong [DSP Media]