[Ratings] "Beauty Inside - Drama" Joins the Competition With Rising Ratings 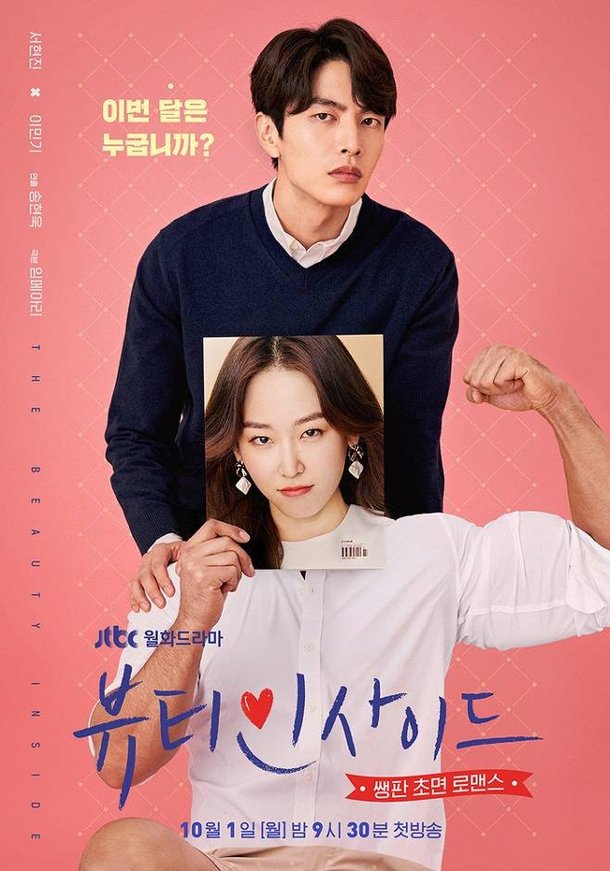 According to Nielsen Korea nationwide, the JTBC drama "Beauty Inside - Drama" rated 4.331%. The first episode started with 2.8882%, then third episode 2.827% and the fourth episode 3.479%. It's inching up into the competition

Seo Hyun-jin (Han Se-gye) and Lee Min-ki (Seo Do-jae) wrote up a contract to keep each others' secrets under wraps and shared their struggles. Lee Da-hee (Kang Sa-ra) and Ahn Jae-hyun (Ryoo Eun-ho) continued to run into each other and formed a romantic relationship

A total of five dramas are battling each other on the Monday and Tuesdays. "Beauty Inside - Drama" is the first drama to begin at 21:30 KST and it's slowly inching up.

"[Ratings] "Beauty Inside - Drama" Joins the Competition With Rising Ratings"
by HanCinema is licensed under a Creative Commons Attribution-Share Alike 3.0 Unported License.
Based on a work from this source