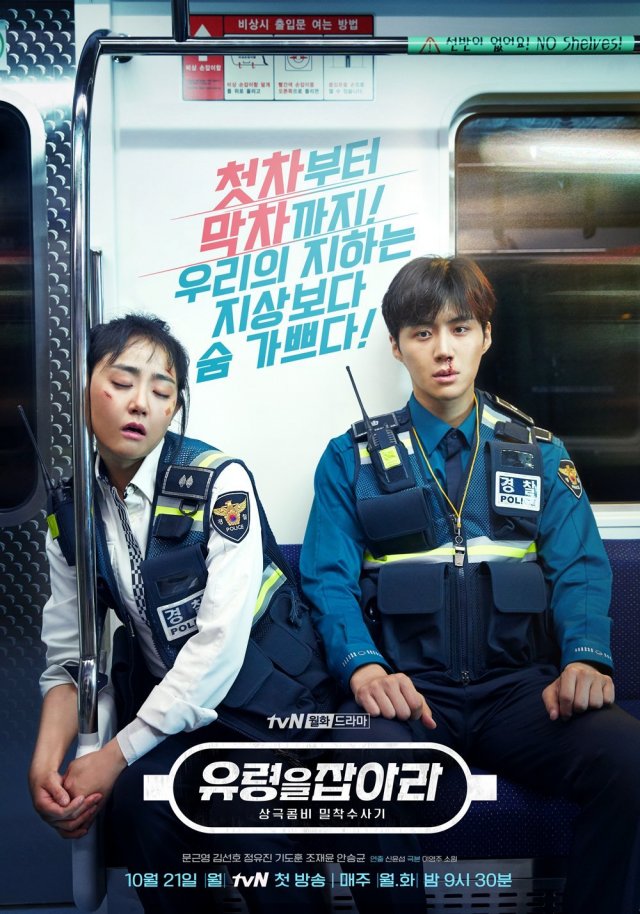 "Catch the Ghost" started off with a steady figure.

According to Nielsen Korea, the first episode of the new tvN drama "Catch the Ghost" rated 4.1%. It is higher than the final episode of "The Great Show".

"Catch the Ghost" is an investigation drama about the police personnel guarding the subway working on a case to catch the serial killer called 'the subway ghost'.