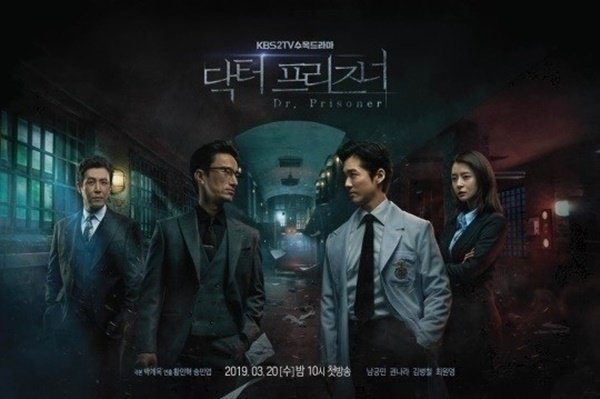 The power of "Doctor Prisoner" is extraordinary. Despite pre-emption, the drama still came in first place.

According to Nielsen Korea, the compressed version of the KBS 2TV drama "Doctor Prisoner" rated 6.8% and 6.0%.

The real time broadcast of "Doctor Prisoner" was pre-empted. A compressed version of the drama was released, but the drama still managed to maintain its top place.

"[Ratings] "Doctor Prisoner" Beats "The Banker" and "Big Issue" Despite Pre-Emption"
by HanCinema is licensed under a Creative Commons Attribution-Share Alike 3.0 Unported License.
Based on a work from this source