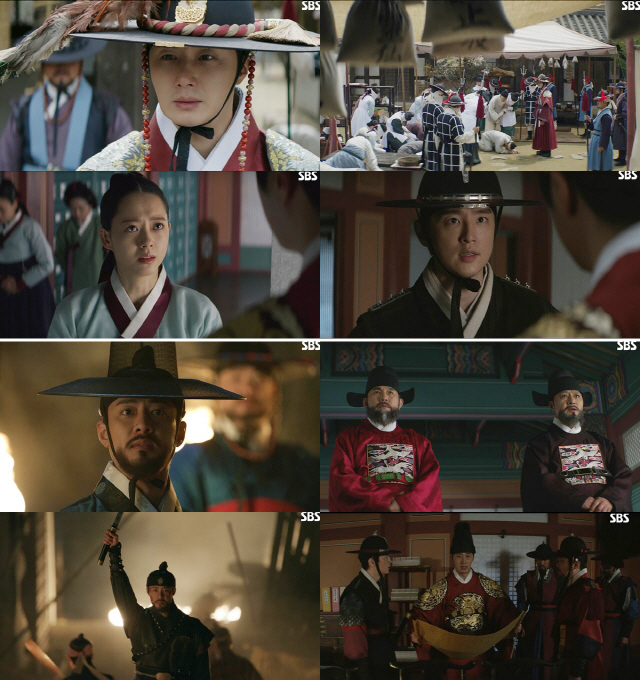 On the latest episode of "Haechi", Lee Geum (Jung Il-woo) comforted the people. Min Jin-heon (Lee Kyung-young) advised that the king shouldn't do that himself but Lee Geum said if he didn't, then he wouldn't have been able to control the public sentiment, which was on the verge of going on strike.

Finally, Lee Geum found out his men drank water from a well, and ordered this suspicious well to be closed, as well as measures to be taken to stop the spreading disease. Thankfully, the patients recovered quickly and things didn't seem so dark and gloomy anymore. Lee Geum was happy, but he became more resolute as he found out from Park Moon-soo (Kwon Yool) that behind the spread of the disease and treason were Lee Tan (Jung Moon-sung), Wi Byung-joo (Han Sang-jin) and Lee In-ja (Ko Joo-won).

Towards the end, Lee Geum was able to capture Captain Podo and the Vice Minister who shared thoughts with Lee In-ja, and expressed his gratitude to Yeo Ji (Go Ara), the court girl who helped him rid of a spy who snuck in to hurt him. Lee Geum was informed that Lee In-ja had attacked the Chungju Palace and was outraged.

"[Ratings] "Haechi" Ko Joo-won Revolts, Ratings Peak"
by HanCinema is licensed under a Creative Commons Attribution-Share Alike 3.0 Unported License.
Based on a work from this source