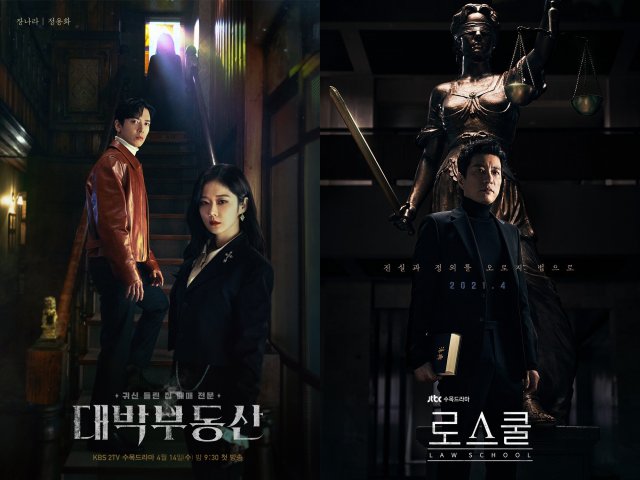 Wednesday-Thursday dramas "Sell Your Haunted House" and "Law School" both broke their own highest ratings.

According to Nielsen Korea, KBS 2TV's Wednesday-Thursday drama "Sell Your Haunted House" which aired on the 19th, recorded 4.4% and 6.5% (Ep.11) ratings nationwide.

This is a record that exceeded the previous highest viewer rating of 6.3% (Ep.5).

JTBC's "Law School" also recorded its highest rating of 5.562% (Ep.1) based on paid broadcasting households across the country, surpassing 5.508% (Ep.9) recorded in the previous episode.