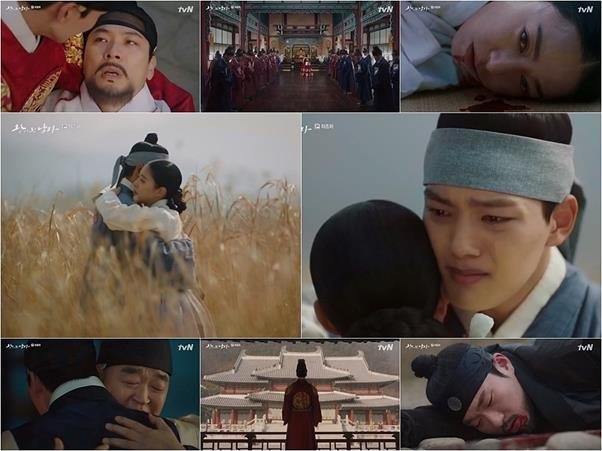 On the final episode of "The Crowned Clown", with the death of Lee Gyoo (Kim Sang-kyung), Ha Seon (Yeo Jin-goo) subdued the rebels and was able to maintain peace.

Meanwhile, "The Crowned Clown" is the story of a king who brings in a clown that looks more like him than his twin, to evade threats on his life.

"[Ratings] "The Crowned Clown" Kim Sang-kyung Dies in Yeo Jin-goo's Arms, High Cable Ranking"
by HanCinema is licensed under a Creative Commons Attribution-Share Alike 3.0 Unported License.
Based on a work from this source