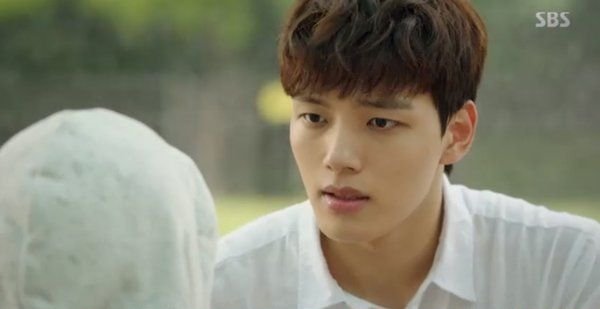 According to Nielsen Korea, the new SBS drama "Absolute Boyfriend" rated 2.1% and 2.4%.

The previous drama, "Big Issue", ended with a low rating of 3.7% and this could have had some influence, but it is quite a shock for a drama to begin at 2%.

In "Absolute Boyfriend" special effects artist Eom Da-da (Bang Minah) broke up with top star Ma Wang-joon (Hong Jong-hyun), who she'd seen in secrecy for 7 years, met a figure named Zero Nine (Yeo Jin-goo), who was made only to love, and kissed it.