"Reign of Assassins" to open in theaters on October 14 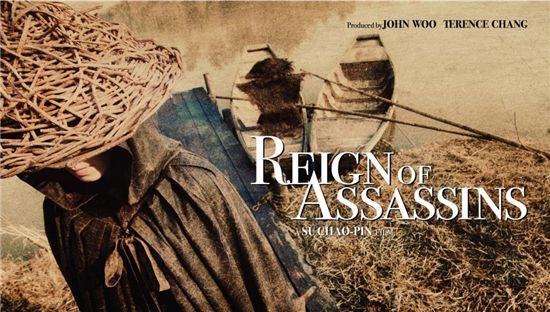 Upcoming John Woo movie "Reign of Assassins" will be opening in local theaters on October 14, according to the film's importer Sane Company Inc. on Thursday.

"Assassins", starring top Korean actor Jung Woo-sung and Chinese actress Michelle Yeoh, is about an ordinary postman (Jeong) with extraordinary martial arts skills. Yeoh will be playing a skilled female assassin and the two come together to fight off a gang and return the ashes of a mystical Buddhist monk.

The martial arts film was helmed by Taiwanese filmmaker Chao-bin Su and produced by acclaimed director John Woo, whose works include "Mission: Impossible II" and "Red Cliff I & II", with his long-time movie partner Terence Chang.

"Assassins" has also been invited to be screened at the 67th Venice Film Festival on September 3 under the Out of Competition category and Jeong and Woo will be in attendance for the film fest, where Woo will be receiving the Golden Lion for Lifetime Achievement for his accomplishments in the movie industry.

He is currently shooting "ATHENA", the spin-off to last year's blockbuster drama "IRIS", which will air on SBS in November.

""Reign of Assassins" to open in theaters on October 14"
by HanCinema is licensed under a Creative Commons Attribution-Share Alike 3.0 Unported License.
Based on a work from this source