Report Shows How Tourists Spend Their Money in Seoul 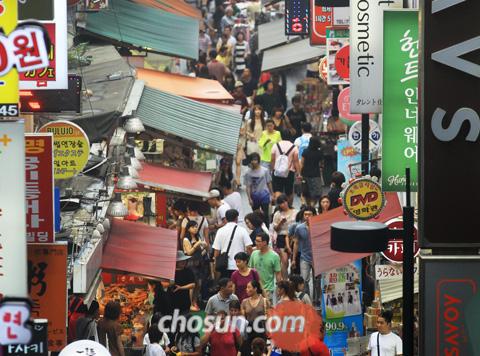 Foreign tourists in Korea visit Seoul for an average of 4.7 days and spend US$2,033 per person, according to a poll by the Seoul Metropolitan Government.

Among the respondents, 90.1 percent stayed in Seoul for 4.7 days, with tourists from the U.S. and Europe spending seven to 10 days, and Japanese and Chinese tourists three or four days. Leisure and holiday were the most common purpose of the visits, but a considerable number care here to experience Korean pop culture such as K-pop concerts, rising from 14.7 percent last year to 40.6 percent.

Individual travelers tend to spend more than group tourists, with an average spending of $2,266 compared to $1,674.

"Although tourists from the U.S and Europe spend more than Chinese tourists per capita, there are far fewer of them", said a Seoul Metropolitan Government official. Most visitors declared themselves satisfied with their trip.