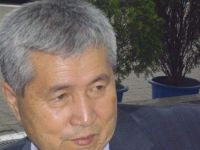 Cinema fans awaiting the release of Im Kwon-taek's 101st film, "Hanji", will have an opportunity to catch up on the renowned director's body of work at a 70-film retrospective held by the Korean Film Archive.

The two-month event, running from Thursday through Oct. 3, will allow audiences to view all of the surviving films from Im's half-century career, including his debut "Farewell Tumen River" (1962), as well as works such as "The Surrogate Woman" (1986), "Come Come Come Upward" (1989), and "Seopyeonje" (1993).

The retrospective kicks off with a digitally remastered version of "Mandala" (1981) at 6 p.m. on Thursday at Cinematheque 1 in the Korea Film Archive in Sangam-dong, Seoul. This film was invited to compete in the Berlin International Film Festival and catapulted Im to international fame.

The master director is scheduled to appear at three moderated discussions during the retrospective: after the showings of "Seopyeonje" on Aug. 21, "Festival" (1996) on Aug. 28, and "Jagko" (1980) on Sept. 11. There will also be over 10 screenings with commentary by other directors or film critics. It is not certain whether "Hanji" will be included in the program.

Entry is free. For more information, visit the website of the Korean Film Archive at Open the link