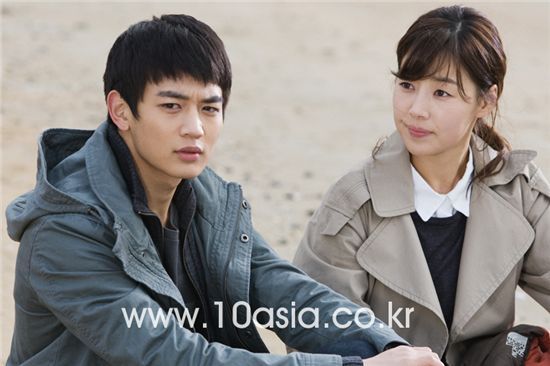 No talent can blossom without financial backup and love can become servile when penniless. For part-time piano instructor In-sa (Han Ji-hye) who is hard pressed even by her own students to prove her skills by playing Chopin on the spot, dream is just another word for failure. But failure is a foreign concept for 21-year- old Je-ro (Choi Minho) who has never had any dreams. So when In-sa asked Je-ro about his dream all he could say was that it has never crossed his mind. True to his words, he was never passionate about anything. How wonderful it would be if the love between a pure genius and a woman who recognizes him for his gift could wash away all their past wounds. But life is just not that simple.

The true virtue of the final episode of "Drama Special - Pianist" lies in its calm depiction of reality as it is instead of rushing to hasty optimistic conclusions. Je-ro was not able understand why In-sa felt inferior nor why she left him because he experienced neither the pain of a wasted talent nor the hurtful memory of lost love due to financial limits posed by reality. All he could do was repeat "I'm sorry". So although the story had an open ending, "Pianist" was able to deliver the truth by maintaining the weight felt from reality in the story. Je-ro finally wore the swallow-tailed coat for his first recital but continued his work in the factory. And there is also no guarantee to how the two people who meet again at the supermarket will turn out, only leaving the viewers to wish the best for the two, the best of what reality can offer upon the uneventful ending.

So this is how the 24-series KBS Drama Special ended. One might find as many brilliant works as plain ones among the whole series and some may be left disappointed. However this program was the first step to proving the value of single-episode dramas despite the tough conditions for production. We cannot be too optimistic about the future of a single-episode dramas yet. But thanks to the production crew who did their best to see the show through till the end, we can hope for a foreseeable future for this TV genre. This is not hasty optimism but earnest hope that the 24 stories have left us with.

"[REVIEW] "Drama Special - Pianist""
by HanCinema is licensed under a Creative Commons Attribution-Share Alike 3.0 Unported License.
Based on a work from this source