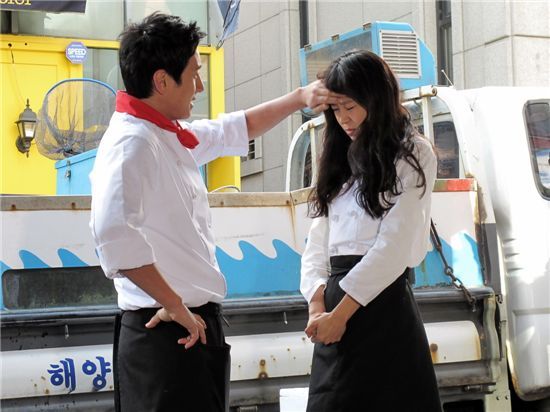 "This wraps up our work today", said Hyun-wook (played by Lee Sun-kyun) disappointedly after sending out the last dish ordered by himself. But he did so while gazing warmly at the chefs who had won the New Chef Competition and would be leaving to study abroad. Half of La Sfera's kitchen would soon be filled with female chefs. A chapter at Hyun-wook's kitchen, where all the conflicts had originated, had come to an end. It was a kind of goodbye that befitted "Pasta" as the show had consistently stuck to the world of kitchen which at times seemed ordinary yet otherworldly at others. Unlike dramas which usually focus on the conflicts throughout its run and set forth a dramatic reconciliation or dissolution at the ending, "Pasta" was able to provide viewers with an ending scene where, although all employees would hold a farewell party together, would not feel boring nor cliche.

If what has been said up til now was about the show's solidity as a culinary drama, it has to be said that it shone even more as a romantic drama. Instead of wasting time in depicting the conflicts, misunderstanding and love quadrangle amongst the male and female characters, "Pasta" told the lovely story of positive dating where two people were honest, cool and trusted each other. And what blew life into what could have been a somewhat plain story was the acting and directing which vividly brought to life the little details of romance. For example, the ending scene in the tenth episode where Hyun-wook's fingertips minutely shake as they are about to touch Yu-kyung's (played by Gong Hyo-jin) hand, or when Hyun-wook's confession, his sweet kiss on her eyes and the two smiling at each other were all shown in a long take -- such moments are typical scenes where the emotions of the characters were fully conveyed through the screen and made viewers' hearts pound as well. The ending where the two kiss at the crossroad they had first met was lovely as well. Here we send our last farewell to a masterpiece romantic drama which will be long remembered. Did the show make us happy? Yes, chef!

"[REVIEW] TV series "Pasta" - Final Episode"
by HanCinema is licensed under a Creative Commons Attribution-Share Alike 3.0 Unported License.
Based on a work from this source