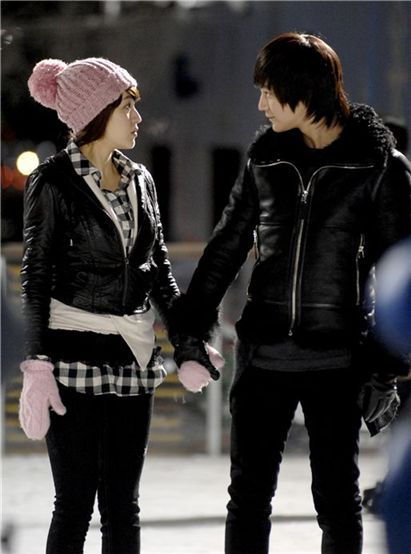 Just like TV series "Pasta", "The Woman Who Still Wants To Marry" ended with a sweet kissing scene. But while it is possible to imagine that the couple from the former show would be in love and cooking together somewhere, the relationship between the latter couple Shin-young (played by Park Jin-hee) and Min-jae (played by Kim Beom) was nothing more than plain fantasy. There is nothing wrong with fantasy itself. But the problem is that the drama, which started its story based on the utterly realistic issue of how women continue to be in conflict over self-realization and marriage, ended as pure fantasy. And in an extremely lazy way too. The final episode was disappointing in the sense that it was like a collection of cliche endings, making the viewer feel skeptical of the aforementioned fundamental problems regarding women.

Da-jeong's (played by Uhm Ji-won) roller coaster-like newlywed life ended with her experiencing morning sickness, Sang-mi (played by Park Ji-young) ended up boarding a plane to Paris with Sang-woo (Lee Pil-mo) and Boogie (played by Wang Bit-na) has found a new man attempting to win her love. Shin-young too suddenly returns after working as a correspondent overseas and faces Min-jae at his performance. She is cheered on by the audience as she accepts his love confession to her. "When it is windy it is okay to waver. When love comes to you, go ahead and love and when love decides to leave you, let it go", is what Shin-young narrated in the end as she decided to love without fear and live today with passion, but this too failed to convince viewers of anything with its simplistic fantasy ending. The conversation between Shin-young and the deputy director on yesterday's episode was rather more impressionable. When the director told Shin-young to leave the country and pursue a career as a correspondent, she replied, "When I come back I will be 37-years-old and to think of returning as an even old spinster is disturbing". Will Shin-young return for the trilogy after three years? If she does make a comeback, hopefully she be a more mature 37-year-old lady.

"[REVIEW] TV series "The Woman Who Still Wants To Marry" - Final episode"
by HanCinema is licensed under a Creative Commons Attribution-Share Alike 3.0 Unported License.
Based on a work from this source