[Review] "You Pet", owner and pet living together 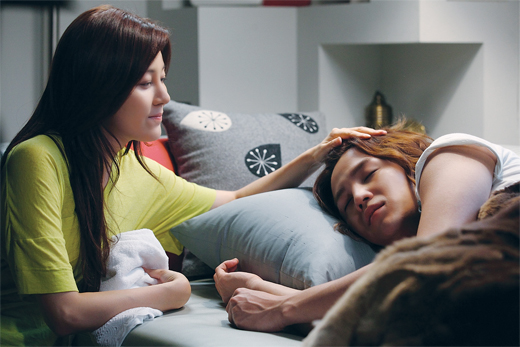 If you are looking for a movie to cleanse your eyes and make you laugh, nothing's better than "You Pet". With the comeback of a romance queen and the extraordinary set up of "You Pet", as well as the outstanding characters, this movie will show you what's fun.

Number one, the meeting between a man and a woman who both have nothing to lose is the first fun factor. Editor of a magazine and skilled career woman Ji-eun (Kim Ha-neul) is a loser who gets dumped by even the most worthless man because of her pickiness. Kang in-ho (Jang Keun-suk), who was a show boy, is a character who is the center of attention everywhere but is currently jobless and getting ready to join the music industry. He shows up at Ji-eun's house and begs her to take him in as a pet as he is in need of a place to stay, and she accepts it.

Based on a popular Japanese comic, "You Pet" tells of the modern love between a man and a woman but lacks reality. That is to say, if you are looking forward to a film that deals realistically with the concerns and misfortunes of unmarried women and a jobless men, then you should give up right now. On the other hand, after you understand the concept of the movie it becomes fun.

As it is based on a comic, it focuses on what's happening rather than an intimate human-to-human relationship. There is lot's to see as well. Ji-eun's working life resembles a sitcom and In-ho's personal life is like a music video or musical. It uses comic-like techniques here and there as well. There are colorful scenes and cute and small toys used througout the film, as well as fancy fashion to help make the viewing more enjoyable.

The bonding between a woman who has everything but love and the pretty boy brings a smile to the face. This movie appropriately mixes an older woman's fantasy to train a younger man and younger man who wants to be trained. The process in which In-ho becomes a loveable pet is a curious one. Washing his hair like a pet, sleeping in one bed together, and enjoying picnics outside is nothing more than lovely.

Rookie director Kim Byeong-gon looks like he wanted to make the movie with two characters. The individual play and couple play in this movie is passable. Although there might be a slightly excessive set up, the synergy between the actor and actress makes it seem friendlier.

Looking forward to spreading out to Japan, "You Pet" focuses a lot on Jang Keun-suk. There is a point to every scene he does from group dances, free dancing, singing or even playing the guitar. His biggest attraction is the charm and wit he lets out, no matter where and when.

This one man show isn't unpleasant thanks to Kim Ha-neul. Her presence and absence brings different feelings to Jang Keun-suk's role. She takes in his charms lovably and helps the audience experience some vicarious satisfaction. 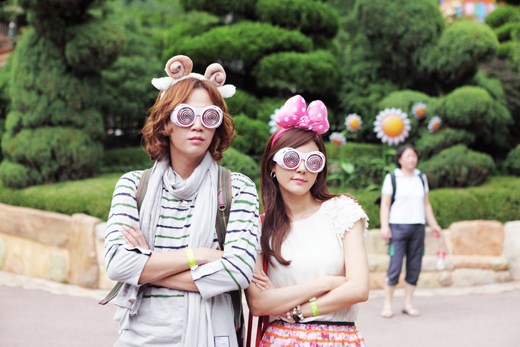 "[Review] "You Pet", owner and pet living together"
by HanCinema is licensed under a Creative Commons Attribution-Share Alike 3.0 Unported License.
Based on a work from this source